Get ready for more snow, but it won’t create big issues for travel. Although we might see a snow shower during the day today, the bulk of the snow is going to fall this evening through the wee hours of Saturday morning. In areas north of the Mass. Pike, the snow might not get going until we get into the mid-evening hours.

There might be a few flurries tomorrow early afternoon, but the steadier light to moderate snow holds off until later afternoon/evening. pic.twitter.com/CtPEidk8ej

You might have heard this is a long-duration storm. The snow will eventually amount to between 4 and 7 inches, but since that’s falling over such a long timeframe, we might end up with less than that on the ground when it’s all over. A little bit could even melt Friday afternoon, especially on treated surfaces.

This will be an all-snow situation everywhere except on Cape Cod, where there could be some mixing with sleet or freezing rain. The texture of the snow over southeastern Massachusetts will be heavier and wetter, but it will be lighter, fluffier snow the farther inland and north you travel.

Once the snow begins later this afternoon or during the evening hours, it will continue on and off right through pre-dawn on Saturday. Obviously, with the possibility of snow falling out of the sky for 36 hours, we could end up with a lot, but because at times the snow will be so light — if not even stopping — it’s just not going to end up as a big storm.

You might think of the snow as coming in three different blocks: one overnight tonight, another one during the day tomorrow, and another one Friday night. Most of us will see generally 1 to perhaps 3 inches in each of those blocks. This will give us about 4 to 7 inches in total.

North and west of Route 495 there will be even less snow because the storm is riding to the south, so it’s farther away from the moisture source.

Other than a couple of flurries Saturday morning, look for skies to become partly sunny with temperatures a little bit above freezing for some melting.

Sunday looks like a nice, dry, and sunny winter day. It will be a great day to go skiing if that’s something you’re up for. Temperatures will still be cold and actually somewhat below average. There will be milder air arriving later next week, and we should actually begin to see some more noticeable melting, especially in those areas that face south. 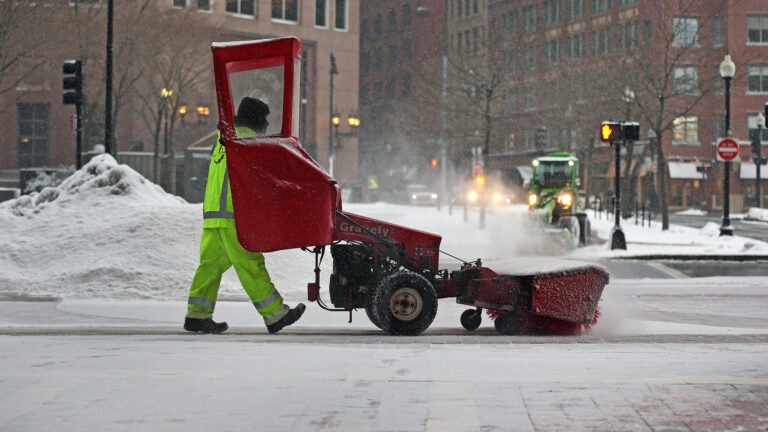