Winter weather is on its way.

The National Weather Service issued Winter Storm Watches and Warnings for most of Massachusetts as snow is expected to kick off December.

“We are expecting an impactful winter storm from early [Sunday] afternoon into early [Tuesday],” the service said Friday. “Interior areas should see mostly snow while areas near I-95 corridor can expect a wintry mix.”

“Travel could be very difficult to impossible at times,” the service said Saturday. “The hazardous conditions could impact the morning or evening commute Monday.”

Here are seven maps predicting the snowfall from the storm: 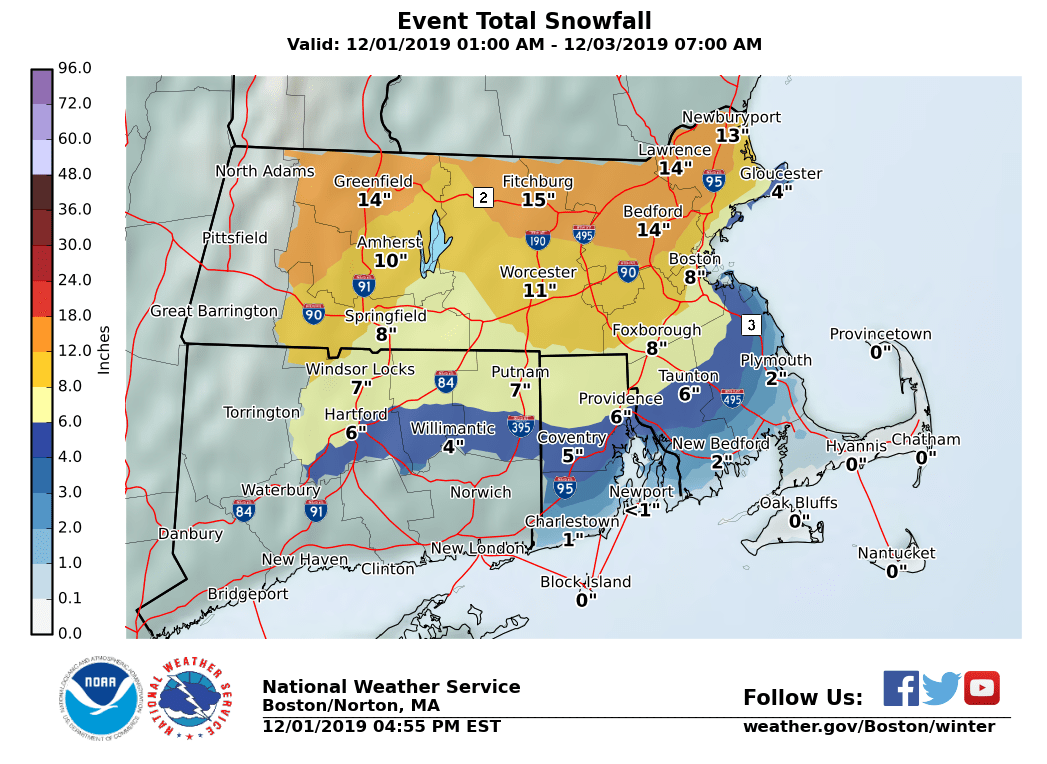 Storm arrives later this afternoon. Remember, it’s in two distinct parts. Tonight’s snowfall is heaviest through about 2 a.m. Then we have a break before Monday afternoon/evening start of next round which lasts into Tuesday morning. Still uncertainty with how much snow then. pic.twitter.com/kxFp3JSC3z

NEW: Trying to make this easy as possible to digest. Here’s Part 1 of the storm *ONLY*. This is now through Monday morning. Most precipitation will be light and spotty morning through early afternoon tomorrow. Drizzle, freezing drizzle, few flakes, low/no accumulation. #wbz pic.twitter.com/DwKsGEKEW1

For most, it’s snow to start. But, waking up Monday AM, many of us will see sleet/rain. From Boston south, there won’t be much on the ground. Then, a transition back to snow Monday PM will bring accumulating snow thru Tuesday AM. So 1 storm, 2 rounds of snow! #wcvb pic.twitter.com/LZQkpf684H

UPDATED SNOWFALL FORECAST: (3 of 3)
Here are the totals tuesday. Significant snow expected tonight/tomorrow west of 128. On the back side of the storm, most of the snow will be closer to the coast. @KevinBoston25 @ShiriSpear @JBrewerBoston25 pic.twitter.com/nhL8v6fsWY 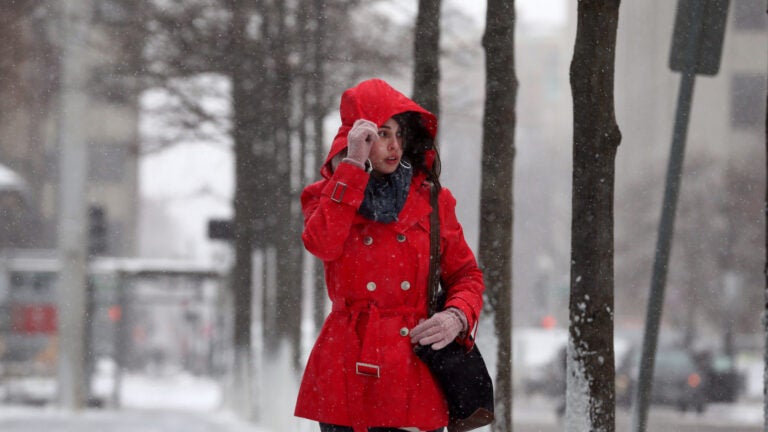