There’s a lot of dry air out there tonight, and that will eat away at some of the original snowfall predictions.

Most of the Boston region will get anywhere from 1 to 3 inches. Some scattered areas will see 4 to 5 inches, but that’s now considered the top of the range.

Unlike most of the storms this season, we will not see any mixing. The snow will begin between 7 and 10 p.m. The air is quite dry, so it may take a while for the snow to get from the clouds down to the ground.

I think it’s smart to not call school delays until morning. The light fluffy stuff will be over by sunrise. 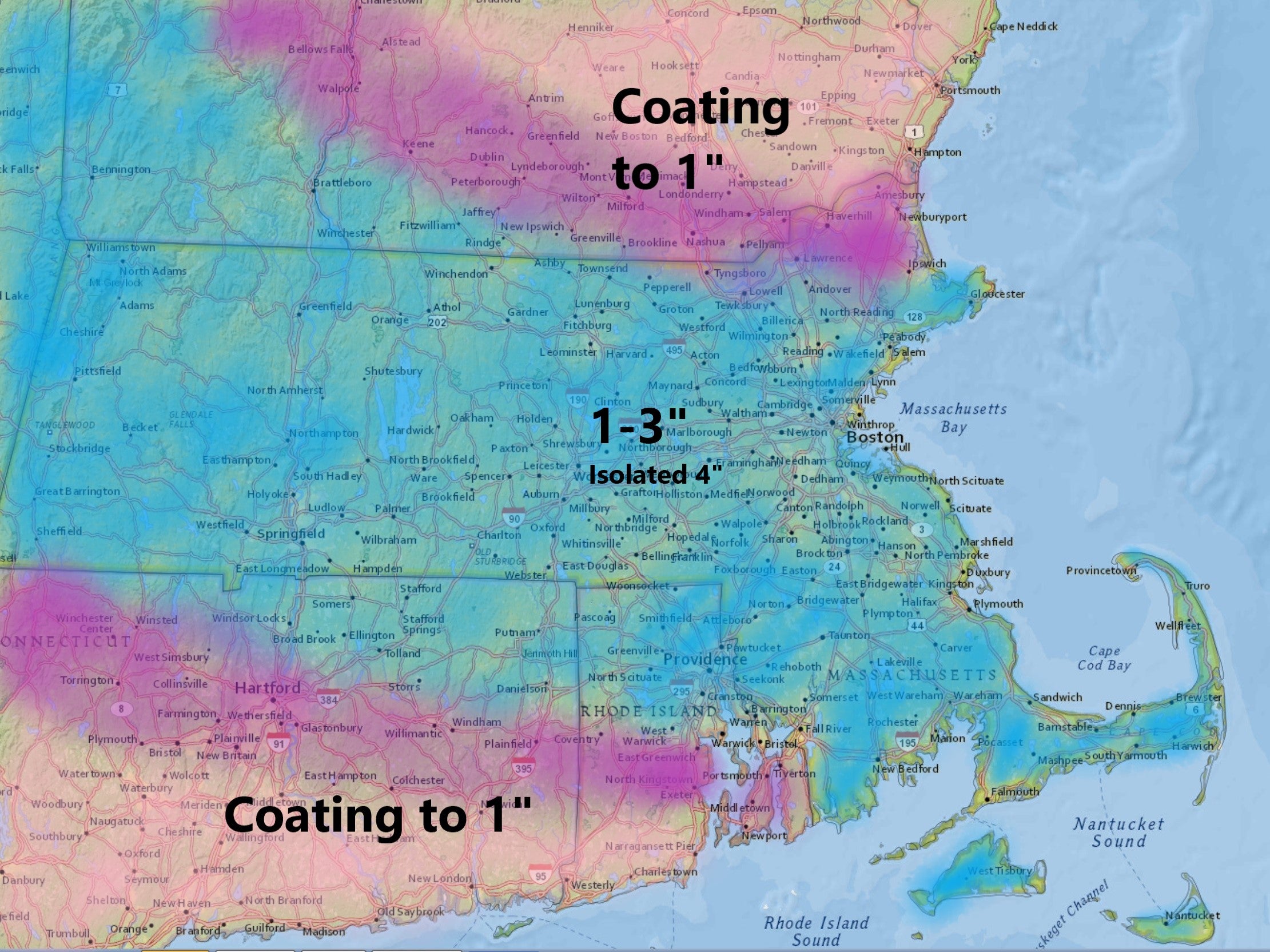 Most of the Boston region will see 1 to 3 inches of snow, with some isolated areas of 4 inches.

This system brings a very inconsistent area of snow, and I expect we’ll see some areas with only an inch and other areas up to 4 inches or so. It’s not uniform, so that makes this forecast a tricky one.

Very inconsistent area of snow and I expect tomorrow you’ll see some areas with only an inch and other areas up to 4+. Not uniform. pic.twitter.com/DcgCvcSmcV

Because temperatures have been so cold, some of the anti-snow products put down on the roads may not work quite as well, leaving roads slippery overnight and into Thursday morning.

There won’t be much wind with this system, so there’s no drifting. There are no coastal concerns, either.

Perhaps there may be a little bit of spotty precipitation Saturday, but the next possible significant system moves in Sunday night and Monday. At that time, low pressure will move south of New England and bring us water precipitation. This storm could occur in air that’s cold enough to produce mostly snow. If this happens, once again we could see several more inches. It’s five days away, so a lot can change.

Before Wednesday’s snow, we had just over 10 inches of snow in Boston but nearly 32 out toward Worcester. Both of those are between 17 and 22 inches below average. It’s highly unlikely that we will make up the snowfall deficit this winter even as the pattern continues to be snowy. 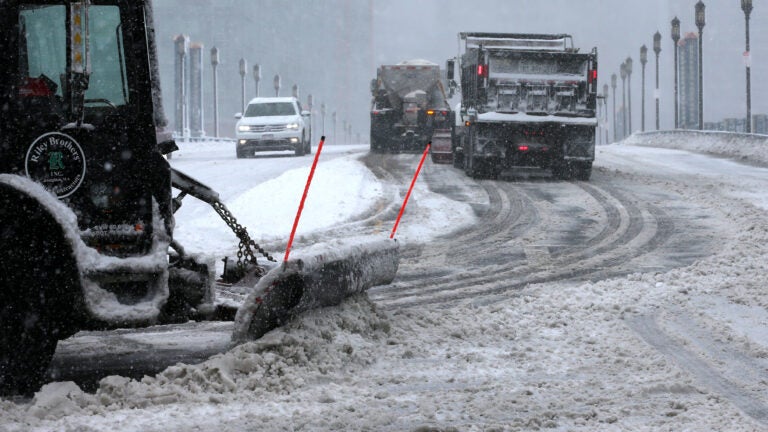 7 maps predicting how much snow is coming Wednesday night