Belichick said they put together solid teams that play well in all three phases of the game year in and year out.

“We know they can score on defense with their ability to create turnovers,” Belichick said. “They are one of the best turnover teams in the last 5, 10, 15 years, however long you want to track it. Strip sacks, ball-hawking guys in the secondary, and an outstanding kick blocking team with field goals and punts and returns. They can hit you on pretty much any play if you’re not careful.”

But last week, Baltimore uncharacteristically let Miami’s Tua Tagovailoa throw for six touchdowns. The Dolphins outscored the Ravens 28-3 in the fourth quarter and escaped with a clutch win.

For better or for worse, don’t expect that to happen again this week, said Belichick.

“I think that those are all just one time plays,” Belichick said. “I would be surprised if that happened again.”

Although the Patriots and Ravens haven’t met since 2020, they’re plenty familiar with one another. Any good team has a core group of plays that they go to as their bread and butter, and they draw up variations off of those, Belichick said.

But with a dynamic talent like Lamar Jackson at quarterback, the Patriots have to prepare for improvisational plays that can flip a ball game.

Not many quarterbacks can break a 79-yard run for touchdown at a moment’s notice like Jackson did last week.

“There are challenges every week, but certainly the Ravens have a lot of them,” Belichick said. ‘It’s the quarterback, it’s his passing game, the running game, his ability to make loose and extended plays, good explosiveness in there with their receivers and tight ends and him … They do a good job of attacking defenses. I’m sure they’ll have a good plan for us and we’ll have to be ready to defend the knowns but also adjust to the unknowns when those show up in the game.”

While the Ravens gave up big plays last week, the loss to Miami showed Baltimore’s explosiveness.

“Miami got hit on a couple plays where there wasn’t a lot of depth on the defense, they split them and went for long yardage,” Belichick said. “But, they attack the running game very aggressively. It’s really a gap running game with the running back, and obviously the quarterback is a big part of that. Then when teams come up too fast, they either throw it in front of the deep guys or throw it over their head, depending how deep the deep guys are or aren’t.”

With Rashod Bateman, Mark Andrews, and a bunch of other weapons, the Ravens have plenty of options on how to score.

“It’s a physical football team that likes throwing the ball. Complements that with some explosive pass plays,” Belichick said. “Obviously, [Mark] Andrews, one of the top guys in the league in his position. Big target, great hands and makes all sorts of plays for them. Had a huge year last year and is building on that this year. Just a well-balanced team. It’s going to take a good effort from everybody all the way across the board to do well Sunday, but that’s what we’re gearing up for.”

Visit Solar panels, a garage, and a Cold War holdover — an underground vault 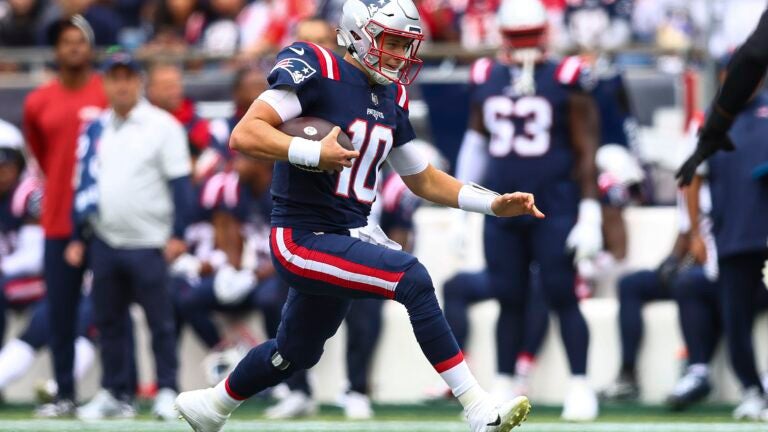