A position group that has shown flashes but has been up and down for the Patriots in recent seasons has a chance to be a strength this year.

The wide receiver room appears to be on the rise, with newly acquired DeVante Parker in the mix; leading receivers Jakobi Meyers, Kendrick Bourne, and Nelson Agholor all returning; and Tyquan Thornton, Lil’Jordan Humphrey, Tre Nixon, Ty Montgomery, and Kristian Wilkerson vying for playing time as well. The team moved on from N’Keal Harry but have plenty of other young options capable of contributing.

“It’s a very competitive position at receiver,” head coach Bill Belichick said. “There’s a number of players there that have all been productive either here or in previous years that are back with the team, or shown up in the camps that we’ve had so far, so we’ll see how all that sorts out.”

Here’s a closer look at what Belichick has said about various receivers in recent weeks.

Parker and quarterback Mac Jones have already appeared to develop a rapport. Belichick said it’s “good to have him” when asked about Parker, noting that he’s made some “really good plays.”

“He’s shown up positively through the spring and through training camp,” Belichick said. “But, again, we’ll see how everything fits together.”

Parker is the most likely candidate to emerge as New England’s top pass-catcher. He finished with just 494 yards last season, but in 2019 he racked up 1,202. It’s possible a new situation, and a new quarterback, will help revitalize Parker’s career.

It’s clear Belichick thinks highly of Meyers. He gave him an indirect compliment when he included him in the same group as Troy Brown, Wes Welker, Julian Edelman, and Danny Amendola.

“Guys that have played in that spot have been different, but they’ve all been productive and they’ve all brought some of the same common characteristics to the inside receiver position,” he said. “It’s been a very productive spot for us through the years.”

Meyers was one of the Patriots’ better players last season, as he totaled a team-high 83 catches for 866 yards and added two TDs. Having Parker nearby should only help as he tries to piece together another steady year.

Agholor has made a “big jump” in Belichick’s eyes.

“He was here all offseason and had a really good offseason, was productive,” Belichick said. “He had a really good spring of training. He’s come out here. He’s consistently, made plays obviously down the field, which is very important but also in other areas, very few mental errors very few mistakes. So he’s looked good.”

Belichick called Nixon one of the “hardest-working kids” on the team, noting that he had a productive spring and is way ahead of where he was last year.

He highlighted his physical strength, speed, quickness, route technique, and understanding of the offense and defense as areas of growth. Nixon, a seventh-round selection out of Central Florida in 2021, is competing for a spot on the roster.

“Hopefully, he’ll continue to make progress as we transfer that into competitive on-field situations,” Belichick said. “He has certainly prepared himself as well as he can to do that. He’ll be in a good, competitive situation.” 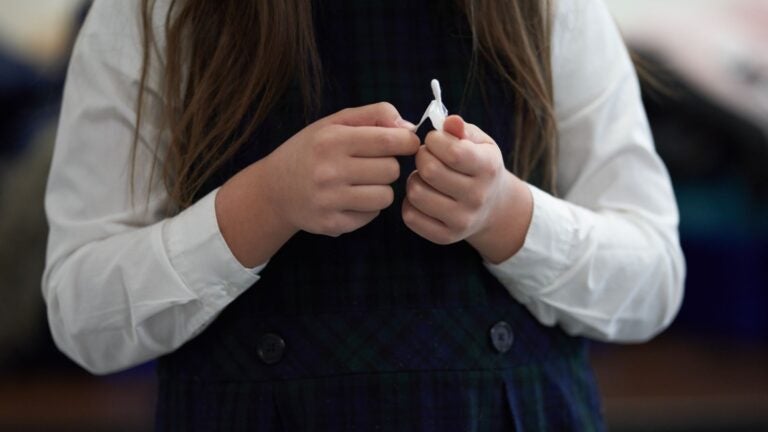