ESPN has removed Rachel Nichols from its NBA programming and the network plans to cancel “The Jump,” the weekday show she has hosted since 2016.

The decision, first reported Tuesday afternoon by Sports Business Journal, comes a little more than six weeks after a New York Times report revealed further details of a year-old private conversation in which Nichols said then-colleague Maria Taylor had received a coveted assignment because she is Black.

Taylor was selected over Nichols to host ESPN and ABC’s studio programming during the two most recent NBA Finals. Taylor has since moved to NBC.

Per SBJ, it is unlikely Nichols will appear on the air again at ESPN. She has less than a year remaining on her contract. “The Jump,” which is on far less frequently when the NBA is out of season, will have at least a couple more shows before its cancelation. It is unclear who will host them.

“We mutually agreed that this approach regarding our NBA coverage was best for all concerned,” ESPN Senior VP/Production David Roberts said in a statement to SBJ. “Rachel is an excellent reporter, host and journalist, and we thank her for her many contributions to our NBA content.”

The Times report in early July elaborated on a private conversation between Nichols and high-profile public relations executive Adam Mendelsohn that occurred during the NBA bubble in Orlando late in the pandemic-altered 2019-20 season.

Nichols, who wanted to be the studio host for the 2020 Finals, complained to Mendelsohn, and claimed Taylor was getting the assignment because she is Black.

“I wish Maria Taylor all the success in the world — she covers football, she covers basketball,” said Nichols during the conversation with Mendelsohn. “If you need to give her more things to do because you are feeling pressure about your crappy longtime record on diversity — which, by the way, I know personally from the female side of it — like, go for it. Just find it somewhere else. You are not going to find it from me or taking my thing away.”

The comments were recorded by an ESPN camera in Nichols’s hotel room, unbeknownst to her, and the video was shared among company employees.

After Times reporter Kevin Draper dug deeper into the story this July, nearly a year after the conversation, Nichols was pulled from her role as sideline reporter during the Finals and replaced by Malika Andrews.

On Twitter Wednesday, Nichols shared a thank you to the “The Jump” team, saying the show was “never built to last forever but it sure was fun.” 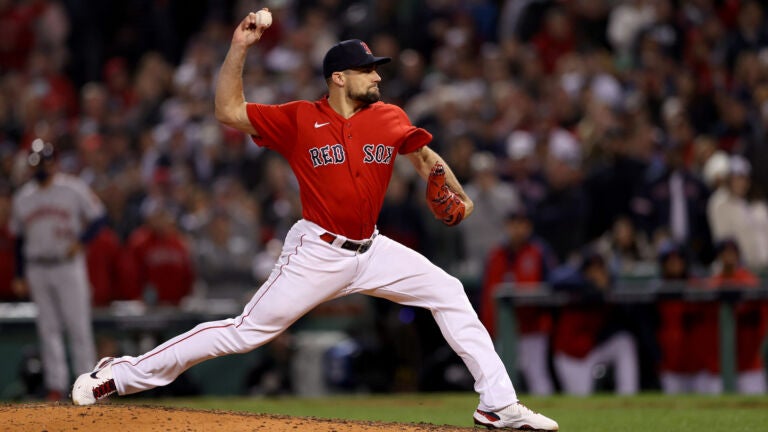