A year later, scarcities of all kinds are rampant, including Gatorade and semiconductors. The supply chain, which has become the shorthand explanation for the cause, is now part of the pandemic lexicon.

But the reality is not so straightforward: Strong consumer demand coincided with factory shutdowns, worldwide protocols requiring social distancing and a shortage of workers everywhere. Even when production has increased, transit has been overwhelmed, including the docks where ships arrive and trucks that drive the last miles.

The U.S. ports are suffering the most, particularly those in Los Angeles and Long Beach, California, which receive goods produced in Asia. Congestion has reached record levels, with scores of boats anchored or drifting, waiting to unload. Unlike their Chinese counterparts, many U.S. ports do not operate on a 24-hour schedule, although President Joe Biden announced last week that the Ports of Los Angeles and Long Beach would operate around the clock.

The congestion makes the ship that got wedged in the Suez Canal in June, snarling traffic for six days, look “like a fender bender on a country road,” said Stephen Lamar, the president and chief executive of the American Apparel and Footwear Association, a Washington-based trade group.

Of all those affected, small and independent businesses — whether manufacturers, importers or retailers — may be the hardest hit, because they often lack the buying power to find alternative goods or shipping. And in some countries small businesses suffered the most because the tourist trade shut down.

According to a recent survey by the National Federation of Independent Business, half of small-business owners in the United States reported a significant effect from supply chain disruptions in September; in July, only 32% had similar sentiments. Only 10% of owners said they were unaffected by the supply chain.

“We own a lot of inventory, but it’s just not where we can use it,” said Katherine Gold, the president of Goldbug, a children’s sock manufacturer based in Denver. “It’s sitting on a boat or it’s sitting in a port.”

Beyond the immediate challenges, the upending of the supply chain has exposed fault lines for manufacturers and retailers. And it has forced a rethinking of the classic business model, developed by Toyota Motor in the 1970s, which strives to streamline manufacturing and keep the workforce and inventory levels lean. That process, known as “just in time,” has evolved into “just in case,” said Cathy Roberson, who conducts market research in logistics.

And it has resulted in a rethinking of business plans, with companies investing more in inventory, looking for alternative sources and pivoting to new product lines when previous ones become unavailable. Some are also trying to reduce the number of products they offer. “It is so much more efficient to run 100 beds that are similar than 10 different runs of 10 beds that are dissimilar,” said Rion Morgenstern, the chief executive of Pleasant Mattress in Fresno, California.

The backlogs and shortages could last well into 2022 — and possibly beyond. In the near term, businesses are scrambling to have sufficient inventory, sometimes at any cost. A company that might have spent $3,000 to ship its product in a container from Asia now might have to spend 10 times as much.

“When logistics companies told us several months ago that containers might cost $25,000 to $30,000, we thought it was a scare tactic. But it’s proven to be true,” said Rick Woldenberg, the chairman and chief executive of the Illinois-based toy manufacturer Learning Resources and Hand2mind.

Because the cost of shipping rests on volume, rather than the value of the goods, those who manufacture or import lower-priced items get hit harder than, say Apple, which ships iPhones.

According to Jeff Kaufman the president and chief operating officer of Avanti Linens, a privately held textile and accessories company in Moonachie, New Jersey, “we can produce a wastebasket for $9, but the freight from China and India, where we manufacture, can now cost $8 per basket. Last year, it cost roughly $1 to ship.”

Compounding the problems are the increases in rail and trucking charges in the United States; it costs significantly more to transport the goods to warehouses or distribution centers. “But if you want your products — especially those for holidays where customers may cancel if it goes past a certain date — you will have to pay,” he said.

With limited ability to pass along additional transportation costs to business customers as well as consumers, some businesses are trying to absorb the significant uptick in expenses. And companies are trying to order earlier than they might otherwise do for 2022, adding another drain on cash reserves. But it’s necessary as a hedge against future shortages.

Besides the financial challenges they face over the products they sell, some companies are also being squeezed by construction costs as they either expand to accommodate more inventory or move their businesses, said Kwame Spearman, the chief executive of the Tattered Cover stores in Denver, which sell toys and paper goods, among other items, in addition to books.

“We’re expanding our locations, so we’re dealing with supply chain issues with construction, but we’re also dealing with it from an inventory perspective — it’s a double burden for us. For example, we can’t find electric panels, which are a deeply critical piece to opening a new location.”

Spearman said he “got creative and started to go beyond traditional suppliers. You get a lead that someone knows someone over there and then you’re making a call asking if they’ve got extra electrical panels,” he said. “But you just can’t improvise on those.”

In addition to the construction shortages, Spearman is also grappling with the limited supply of books right before the holidays. Books are often manufactured in Asia, he said, and while initial orders may be fulfilled, it is difficult to reorder.

“It’s similar to construction parts,” he said. “If I can project out long enough, I can get what I need, but everyone is over purchasing for rainy days.”

And speaking of rainy days, extreme global weather has also created a lot of disruption. That sofa you hoped to replace after 18 months of staying home? There remains a backlog in part because the foam used in many cushions is a petrochemical based product; it’s on back order because petroleum production shut down with the ice storms that plagued Texas last winter. In light of the challenges, some small businesses are changing their focus altogether. Mama Faye Seck started an organic skin care line with manufacturing in Senegal, where she grew up. She had been selling the product, along with some housewares, furniture and apparel, in Taaru Majeure, a Larchmont, New York, store. But the pandemic made manufacturing abroad difficult; she has put her production on hiatus while she searches for a plant closer to her home.

Instead, she has switched her focus to artisan-made baskets from Senegal, but even that has become more difficult because of COVID’s toll. Some basket-makers had given up when the tourists stopped coming because of the pandemic.

She has managed to find enough people to produce her wares, she said, but now must contend with increased airfreight charges that have “almost doubled in price over the last year because fewer planes are flying internationally. When she can secure transport, “it costs an arm and a leg,” she said.

Even if the pandemic eventually subsides, small-business owners in particular could continue to expect disruptions.

“Never depend on one supplier or one region because something can always happen — an earthquake, political unrest, weather or COVID,” Roberson said.

In the meantime, consumers have a role to play by shopping early but not panicking and buying unneeded items, said Christopher Tang, a professor at UCLA’s Anderson School of Management.

“If it’s sold out, you can wait until January and put an IOU under the tree,” he said. “Or, you can find something just as good, but not as well known.” 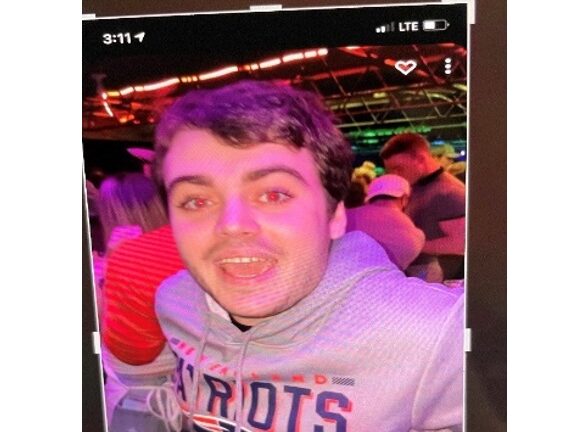