Thursday, firefighters and other officials attempted to rescue Shoebert, the gray seal that popped up in Beverly’s Shoe Pond over the weekend. However, they weren’t successful.

Video from the scene shows people from the National Oceanic and Atmospheric Administration (NOAA) on the side of the pond with a giant handheld net and other equipment.

By 6:45 p.m., crews still had not successfully rescued Shoebert and gave up their efforts for the day, according to WHDH reporter Victoria Price.

It is unclear if and when they will try again.

The Beverly Fire Department tweeted Thursday morning that NOAA officials were at Shoe Pond monitoring the situation and considering plans to relocate Shoebert out of concern for both his and the public’s safety.

After the seal was first spotted, NOAA initially decided the best thing to do was to let Shoebert be, as the pond had enough fish to feed him for a while.

“The seal does not appear to be in any type of distress and has the ability when it is ready to go back into the river,” Beverly Animal Control said in a statement posted to Facebook Sept. 16. “There [are] plenty of fish and water in Shoe Pond for the seal to hang out for a while.”

But on Thursday morning, Beverly Animal Control wrote on Facebook that people had been crossing the yellow caution tape officials had put up to keep people from going near Shoebert.

“We understand that Shoebert is loved, but he is still a wild animal. His and your safety are our number one concerns and human interaction can be detrimental to wild animals,” the department wrote.

NOAA tweeted Thursday that not only is it illegal to approach gray seals, which are a protected species, but that seals can bite and injure humans.

The Boston Globe reported previously that NOAA does not know how Shoebert ended up in the pond, but that he may have swum up the Bass River into a drainage pipe. 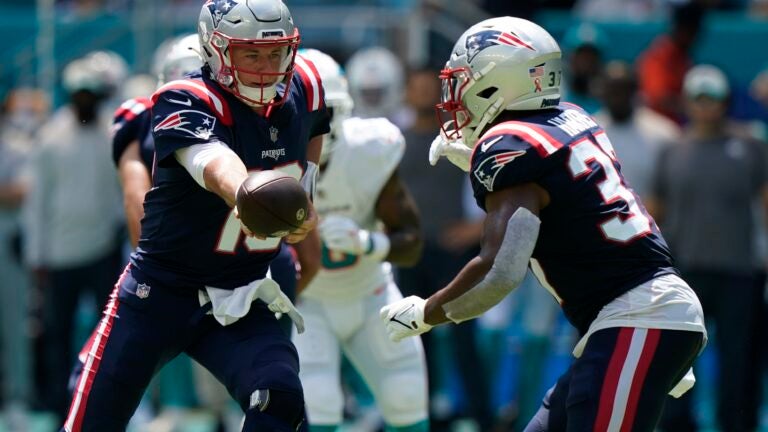