America’s Hometown Thanksgiving Parade returned to Plymouth Saturday after missing a year due to COVID-19, unofficially marking the beginning of the holiday season. The parade celebrated the 400th anniversary of the Thanksgiving holiday, which began in Plymouth in 1621.

The parade began at 10 a.m. on Water Street, between the rotary and Brewer Street, before heading south toward Main Street and ending at Benny’s Plaza.

Thousands, bundled up from the cold winter winds, gathered on the street to watch the parade. It included 21 floats, numerous marching bands and to close it off, the crowd-favorite Santa Claus float.

Historical displays like a replica of the Wright brother’s first plane and vehicles used in World War II also made appearances in chronological order, a key theme of the parade.

This year, the centerpiece of the parade was one of four new floats celebrating and honoring immigrants, the Patriot Ledger reported. “Coming to America” floated down the route, surrounded by people carrying flags from almost all the countries that represent immigrants in the U.S.

“I just think America is the best place in the world,” Olly DeMacedo, longtime executive director of the parade, told the Patriot Ledger. “So it’s an opportunity for me to share that.”

The parade, which began in the 1990s, has taken place every year except 2020, due to the pandemic. DeMacedo told WCVB-TV during a broadcast of the parade, that coming back after the year off made Saturday’s event extra special.

Aside from the parade, the town celebrated the beginning of the holiday season with other Thanksgiving-related events including the firing of the cannon along the waterfront by the Massachusetts National Guard.

The parade was broadcast live by WCVB Channel 5, and will be replayed Thanksgiving morning. 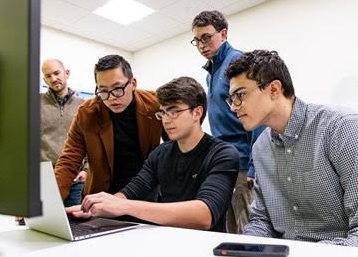