Boston police are investigating an incident from Sunday where a woman was dragged in South Boston by an SUV after reportedly trying to retrieve her phone from the vehicle, an Uber. The entire incident was caught on video by a dash cam of another rideshare driver, who was driving another passenger.

In the video, the woman and a man are seen standing by the SUV before it takes off. The woman can then be seen running alongside the vehicle before being flung to the side. The man runs down the street to follow the car and is seen at one point in the video clinging to the driver’s door. According to Ed Booth, who captured the incident via dash cam, the driver got out and argued before driving away.

Police responded to the scene just after 3 a.m. where they found the woman, according to the police report. She told police that she had forgotten her phone in the Uber earlier in the night and had arranged to get it delivered to East 4th Street, where the incident took place.

However, when the woman tried to get her phone back, the driver demanded that she pay in cash for delivering the phone, she said. She told police that she had no cash on her and it turned into an argument. When she tried to reach into the back passenger seat to retrieve her phone, the vehicle began moving and dragged her down the street, according to the police report.

The woman was able to retrieve her phone after the vehicle stopped later, but the front screen of her phone was cracked, the police report says.

The woman refused medical treatment but complained of pain on her right cheek where officers saw minor swelling, according to the report.

“She was just sitting on the ground with her head down and her hands over her head, and I think dazed and confused about what just happened,” Booth told WCVB.

Uber told WCVB that they were working with police to investigate the incident.

“What’s been described is unacceptable and in clear violation of our community guidelines,” said an Uber spokesperson in a statement to the news station. “We have been in touch with both the rider and driver and will take appropriate action.”

According to Uber’s Customer Help page, passengers who have left items in an Uber should contact the driver and can coordinate with them to receive the item. There is a $15 fee associated with the delivery to pay for the driver’s time.

Visit Our only problem is sex - Love Letters.com 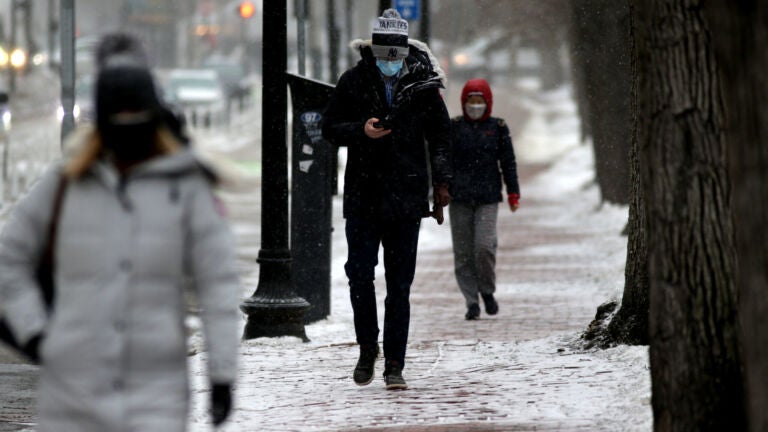 Here's what to expect from Thursday's weather forecast