Edwin Orellana, new chef of Nibble Kitchen in Somerville’s Bow Market, is known as a local “master of pupusas.” But his skills were put to the test when his boss asked him to use an ingredient he had never heard of before – marshmallow fluff.

“When I cooked the papusa, the fluff starts to melt and disappear and transform into sugar,” Orellana said while laughing. “So I was like ‘nah this is not for me.'”

The request for a strange combination of food came as a result of Union Square’s annual “What the Fluff Festival” – a celebration of the marshmallow spread and its Somerville origins. The festival, titled “What the Fluff?: a tribute to innovation in Union Square,” has been occurring since 2005.

After an entirely virtual Fluff Fest last year due to the pandemic, this year’s festival – titled “Sweet 16: Onward and Fluffward” – created an in-person but decentralized festival. Rather than bringing restaurants and venders to one area, festival organizer Union Square Main Streets encouraged local businesses to come up with their own fluff-inspired creations to attract fluff enthusiasts from Sept. 22 to 26.

Orellana started working at Nibble Kitchen this summer, according to the restaurant’s website. Orellana, who is from El Salvador, said he had never heard of fluff before the festival.

“In El Salvador, we don’t use fluff,” Orellana said. “So I started thinking about it… I said maybe I can make tres leches. Tres leches is very popular in my country and Latin America too.”

And so became Orellana’s creation: a tres leches cake topped with brûléed fluff and drizzled with caramel sauce. Uncertain about the response to the cake– and unaware of the local popularity of fluff – Orellana made a small cake on the first day.

“They sold super quickly,” Orellana said, as he blowtorched a fluff-topped cake slice. “In twenty minutes, everything was gone. Now we’re making triple and run out every day.”

The festival commemorates the creation of fluff in Somerville in 1917. While there is some debate over its origins, the Massachusetts city loves taking credit and celebrating the sugary spread.

“Our tiny nonprofit, in partnership with the Somerville Arts Council, has really used [Fluff Fest] as an excuse to invite 1000s of our closest friends to the square for what traditionally is an afternoon of crazy, wild, zany fun,” said Jessica Eshleman, Executive Director of Union Square Main Streets. “Essentially that is to celebrate the spirit of innovation, which is so alive and strong in Somerville today, as it was in 1917 with marshmallow fluff was invented here.”

In past years, the festival brought together thousands of people but last year the fluff fest brought people together online. This year organizers were left in a sticky situation – how could the team hold return to an in-person Fluff Festival safely?

“This year was a challenge because we didn’t know what the restrictions or what the state of ability to have people gathering would be,” said Union Square Main Streets treasurer Jen Palacio. “The permitting process to shut down the streets takes a really long time, so we made the call in the spring to help focus on the local businesses here in Union Square, and helping them with their recovery process from all the failures that we’ve had in the past 18 months.”

Due to the pandemic and the dense population of Somerville, Eshleman said their team decided the de-centralized approach was the safest way to have an in-person festival. Despite the hopes to hold a normal Fluff Festival next year, Eshleman said there were successful parts of this year’s approach that they may implement next year.

“We’re all excited to be getting back into the traditional format that we have been using for years, but the response has been so positive,” Eshleman said. “As folks know that businesses are striving to recover and where can you go to find 51 businesses that have something with fluff happening?”

“We’re known for our Himalayan momos, so people come far and wide to eat our dumplings,” Jay Lockett of Himalayan Kitchen said. “So instead of normal dumplings, we did ‘flufflings.'”

“I had one couple that I came from Florida and Connecticut for the Fluff Fest,” Jay Lockett said. “I didn’t know it was that was that big, but I guess it is.”

The fluff creation’s popularity extended beyond Nibble Market and Himalayan Kitchen. By Saturday afternoon, Union Square Donuts ran out of fluffanutter donuts, Machu Picchu was sold out of fluff empanadas, and Masala Square had no more fluff naan.

“The first night that we implemented it…we apparently were blasting through the cocktail,” bartender Nim Hashinovsky said. “It was wild nuts. People couldn’t stop ordering it.”

“When I first created the necklace, it was something different other than the typical picture of a bottle of fluff,” Vick said. “There was something more hip and modern that played off the name but still was like fashionable. So with the younger generation, it really was received well.”

“We do [Fluff Festival] because it’s fun, let’s be real. But we also do it because it tells the story of our neighborhood,” Eshleman said. “It puts the spotlights on our business, and it helps people come and engage with what makes Union Square so special and unique and different.” 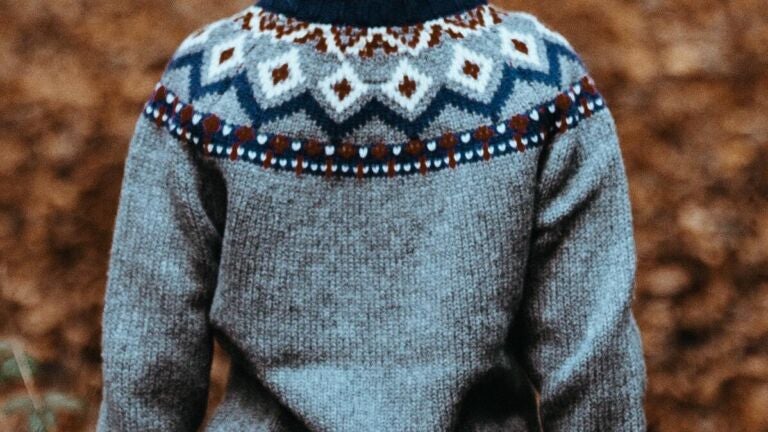