WORCESTER, Mass. (AP) — The death of a Massachusetts police officer who drowned while trying rescue a teenager who had fallen into a pond is a powerful lesson in self-sacrifice, the priest who presided over then funeral Mass said Thursday.

“He didn’t think about the consequences of jumping into that lake,” the Rev. Diego Buritica inside St. John’s Catholic church, packed with family, police officers and dignitaries including Gov. Charlie Baker. “He just did it.”

Familia’s body was brought to the church in a horse-drawn carriage as hundreds of fellow officers looked on.

Familia had been with the department for five years after serving as an officer at two local colleges and a smaller suburban department.

He leaves behind his wife of 22 years, Jennifer, and two children, 17-year-old Jayla and 13-year-old Jovan.

Familia was born in La Vega, Dominican Republic, and moved to Worcester as a young boy.

Familia was pursuing a bachelor’s degree in criminal justice from Anna Maria College. He was a member of the department’s tactical patrol force and crisis intervention team, and had been training to join the SWAT Team, according to his obituary.

Below are images from Thursday’s proceedings. 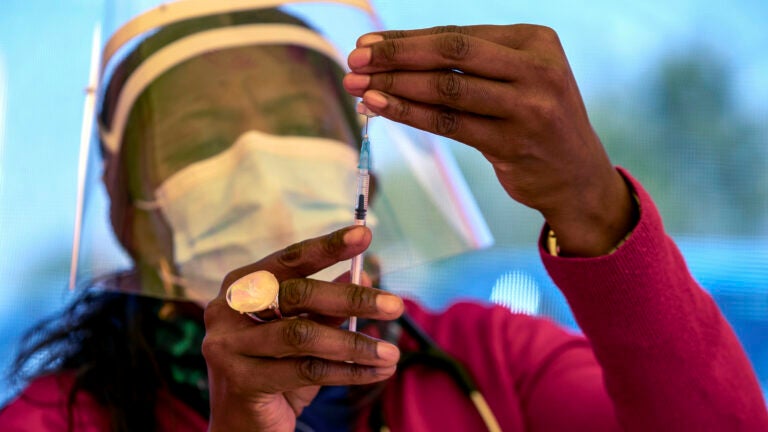