Is there any more magnificent sight than wandering into the office and discovering a surprise spread of bagels and donuts?

A Nantucket man captured footage this weekend of a white shark encountering the marine equivalent of such a serendipitous feast: A huge floating whale carcass.

Beautiful views of a white shark taken yesterday off Nantucket. Videos and photo taken by @normfrazee out with
@billfishertackle. pic.twitter.com/7HpJzQuUM0

Norm Frazee was out in waters south of Nantucket on Saturday when he shot video of the shark swimming right by the boat. The creature, however, paid the vessel no mind and instead focused on lunch. In another video, the shark swims under the boat after taking another big bite from its meal.

Visit Do I forgive the friend who had an emotional affair with my husband? | Love Letters 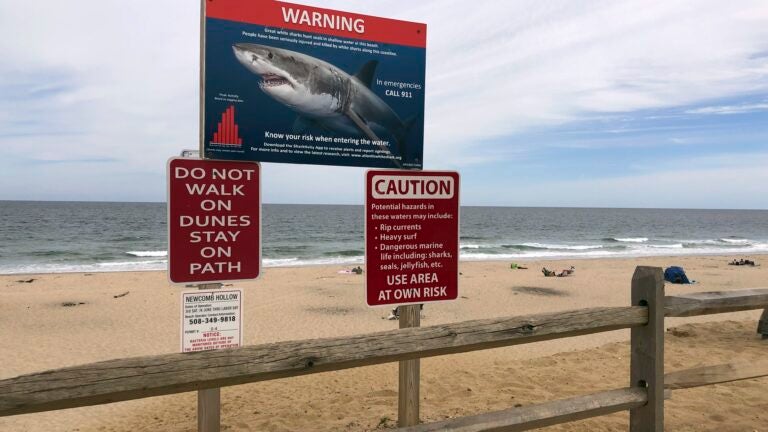