LECCE, Italy — The restaurant’s guests had finished their appetizers of fermented ricotta puffs and a paper-thin slice of fish skin in the shape of a fish when the kitchen prepared a citrus palate cleanser called “Let’s Make Out.” The cooks reverently squeezed a pale orange foam into a ceramic cast of the chef’s open mouth, and waiters instructed the diners to lick it out.

“The idea is love at first bite instead of love at first sight,” said Floriano Pellegrino, the chef and mouth model, as he stood in the cramped kitchen of Bros’, the only Michelin-starred restaurant in the southern Italian city of Lecce. “It’s supposed to be funny.”

But this month, the joke turned out to be on Pellegrino, who became an object of global ridicule when a travel blogger’s epically bad review of an October dinner at Bros’, with its chef’s kiss of the mouth mold, went viral.

“There was nothing even close to an actual meal served,” wrote Geraldine DeRuiter on her blog, the Everywhereist, in which the James Beard Award-winning writer derided the “cement cell” decor, knocked a server’s introduction of “rancid ricotta” and accused the restaurant of ignoring allergy restrictions when her husband’s lips swelled.

Top restaurant critics jumped on the takedown bandwagon, championing a democratic revolt against a Michelin-starred restaurant with an expensive tasting menu of tiny portions and heaps of pretension.

Pellegrino’s condescending response, which included drawings of men on horses and a three-page explanation of his cutting-edge approach to dining (“What is a chef? What is a client? What is good taste? What looks beautiful? What is a man on a horse?”) only invited more scorn.

Former kitchen staff came out of the woodwork to accuse him of mistreatment and breaking promises, of punishing them by demanding pushups, and of displaying a general pattern of bullying behavior. (“Not everything you hear is true,” Pellegrino said, when asked about the accusations. “Especially in this moment, we’re dealing with baseless rumors.” )

CNN, The Washington Post and even “The Late Show With Stephen Colbert” could not resist an easy target in a world of abstract morsels already ripe for satire. DeRuiter seized on the moment with social media posts, national media appearances and a think piece about what it all meant.

On a recent afternoon at his restaurant, Pellegrino, 31, was also trying to make sense of what had happened as he stood with his celebrated head chef and girlfriend, Isabella Potì, 26, who is expecting their first child.

“It’s surreal,” Pellegrino said as another email from America ordering a cast of his mouth popped up on his phone. The casts, at 58 euros apiece, had sold out, but scores more were preordered, and their supplier rushed to keep up. Following the suggestion of two American interns in the restaurant’s marketing department, the couple will soon launch a Let’s Make Out nonfungible token, or NFT, the blockchain-based collectible that is all the rage in the art world.

“This is a big opportunity,” he said, adding that the review “only gave us publicity.”

That publicity feeds the restaurant world is nothing new. The celebrity chef constellation is as much about television ratings and assorted synergies as it is substance or sustenance. The insight that both the critic and the criticized could benefit from a viral pan is less than extraordinary.

That is especially true of Pellegrino and Potì, who see themselves as avant-garde envoys of the flavors of their native Salento territory and also happen to be tireless self-promoters and unabashed hustlers — the culinary equivalent of Italy’s reigning influencer couple, tattooed rapper Fedez and multimedia powerhouse Chiara Ferragni.

Potì’s culinary chops and cheekbones (“Isabella has this face,” Pellegrino noted) have attracted fashion magazines and collaborations with Nike. While she is a polyglot, the chiseled Pellegrino does not really speak English. But he does say “Hey, bro” to just about everyone, is inked with some questionable Bros-centric tattoos that some would regard as misogynistic and loves the F-word so much that he used it on the boxes of his Christmas panettones.

They have promotional deals with sunglass companies, ice cream bars, their own rugby team and a clothing brand. They have filmed videos for their menus as Adam and Eve, clad only in strategically placed leaves. A video for Bros’ summer 2021 menu came with an epilepsy warning.

“Why are us chefs only chefs?” Pellegrino said. “If I’m able to do other things, why only cook?”

“They do excellent communication,” said Alessandro Borghese, an Italian celebrity chef who rates restaurants on one of his popular television shows and who admired the couple’s entrepreneurialism, if not necessarily their brand of cooking. He said that the situation was potentially a “winner” for the restaurant. “Maybe it’s going to expand their business, and then we are going to see 20 Bros around the world.”

But Pellegrino cannot help harboring raw feelings about the review. He mused about whether the premillennial age of the diners made them too old-fashioned for his food and said the privileged foreigners had no interest in his interpretation of Lecce’s traditional dishes, such as his rancid take on “strong ricotta.”

“They had a good time making fun of us,” said Pellegrino, adding that if the party had acted the same in a local trattoria, “they would have gotten a kick” in the behind.

Informed of the accusation of rudeness, DeRuiter was appalled. “The attempts by the chefs of Bros to blame their clientele for the quality of the service received,” she wrote in an email, “is the antithesis of what makes a good restaurant.”

Misunderstood masterpiece or lousy meal, a richly deserved excoriation or hatchet job, what is clear is that Pellegrino had unexpectedly emerged as the ultimate caricature of the self-obsessed haute cuisine chef. Even more than his Michelin star, that marks how far he has come.

Pellegrino lives with Potì in nearby Scorrano, where he was born and raised and where authorities recently disbanded city hall for its mafia infiltration. His father “had problems with the law,” he said, and his mother prepared typical dishes like horse meat in the kitchen of the family farm and agritourism hotel, where he rode horses with his two little brothers. She told them that one would be a cop, the other a crook. He insisted he would be “a chef with a chain of restaurants.”

Pellegrino said that culinary dream helped him avoid the criminality that captured many of his friends, but so did the discipline he learned playing rugby. Bros’ restaurant now has its own Bros’ Rugby Club, which brings local players into the kitchen and the restaurant’s foreign interns and staff, sometimes apparently unwillingly, into the gym and onto the pitch.

At 16, Pellegrino followed his mother to work in a restaurant in the resort town of Otranto. When he slept in, she dragged him by his ear, boxed from rugby, reprimanding, “Finish what you start.” He stuck with cooking but at 18 fell out with his parents after totaling their Fiat. Worried he had fallen in with the wrong crowd, he decided to stake out on his own.

He sent a Facebook message to Ilario Vinciguerra, a noted chef outside Milan, pleading for a spot in the kitchen.

“You had to keep the reins on him, or else he kicks like a horse,” said Vinciguerra, who recalled that the teenager, eager to learn, followed him around incessantly and always wanted to create something new. “Maybe with maturity,” he said, “he will understand that you have to create with your feet on the ground.”

“It was like adoption by a new father,” Pellegrino said of his mentor. “I was a mess, and he set me straight.”

In 2014, Pellegrino met Potì in Otranto, where he was managing a restaurant to make money to finance his training abroad. Over the next years, he trained at some of the most renowned restaurants in the world, and he and Potì became fixtures on lists of rising stars in Italian cuisine.

In 2015, he founded Bros’ with his two brothers, though they soon decided there were too many Pellegrino brothers in the Bros’ kitchen and went their separate ways.

“The idea was mine,” said Pellegrino, adding that his siblings found it difficult to share in his singular vision, though both have accomplished careers and this week reunited to cook at a techno dance party to raise money for the Bros’ Rugby Club.

But all of those Bros’ branding initiatives — the clothing, the new restaurants, the sports team — all hung on a single Bros’ Michelin star. Before lunch, they assembled the staff in their research kitchen where photos of what he called “the Bros kiss” and other dishes were stuck to the wall under conceptual watchwords “Rancid” “Oxidation” “Children.” As diners crossed a mat reading “Welcome to Brosland,” Pellegrino used his favorite expletive to demand a perfect service. His team huddled and put in their hands. 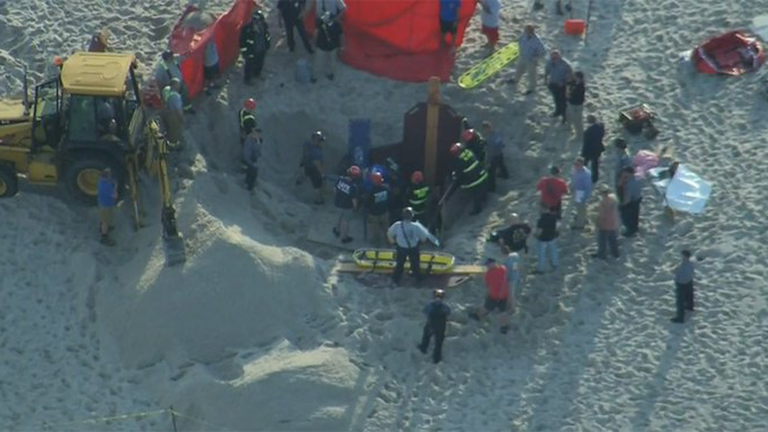