Before visiting Guy Fieri’s Tequila Cocina, the splashy new Latin American-inspired spot at The Hub on Causeway, I was not convinced our city — let alone our world — needed Guy Fieri to offer his own “delicious interpretations of Latin street food.” I enjoy watching “Diners, Drive-Ins and Dives” on Food Network, but I was not convinced that Fieri’s perspective, in today’s increasingly diverse food scene, should be the one through which Latin America’s “traditional dishes” are given a “unique twist.”

Fieri has made a career of rowdily showing viewers the way to “Flavortown,” a populist, nostalgia-laden view of American food culture that rewards the hard work of homestyle mom-and-pop shops, often paying particular attention to extravagant, often over-the-top concoctions. It’s clear the “Diners, Drive-Ins and Dives” host can recognize good food, as all the DDD-approved joints I’ve visited have been knockouts.

And I absolutely agree with him that food does not necessarily have to be fancy, fussy, expensive, or even healthy to be delicious.

And yet: Guy Fieri’s Tequila Cocina is inordinately expensive, and not entirely delicious. The restaurant, which is co-owned by Fieri and Big Night Entertainment Group, and developed with input from him and his team, didn’t persuade me that it’s better than other, similarly priced nights out — let alone that it’s a necessity.

Nestled next to the new Big Night Live music venue, one half of the massive Tequila Cocina space looks the part. The walls are decorated with bright, busy floral mural art on corrugated sheet metal, and the expansive bar, which is adorned by the restaurant’s Ed Hardy-esque skull logo based on a real tattoo on Fieri’s arm, holds over 100 tequilas on backlit shelves. On a recent Saturday night, however, I was seated in the other half of the restaurant, which is … beige. The industrial-chic support cables across the arched ceiling aren’t cohesive with the buzzy bar side’s street-cantina aesthetic. It was hard to tell whether the dark smudges on the walls were intentional.

The menu has a couple of bright spots: The tacos were well-composed and well-presented, if pricey. The three-bite carne asada taco ($6 for one) was served on a Tequila Cocina-branded paper and was genuinely delicious. The tomatillo-avocado salsa in particular struck a nice balance between creamy and spicy. Similarly, the fish taco, singular, was a fine fish taco but will run you $9. 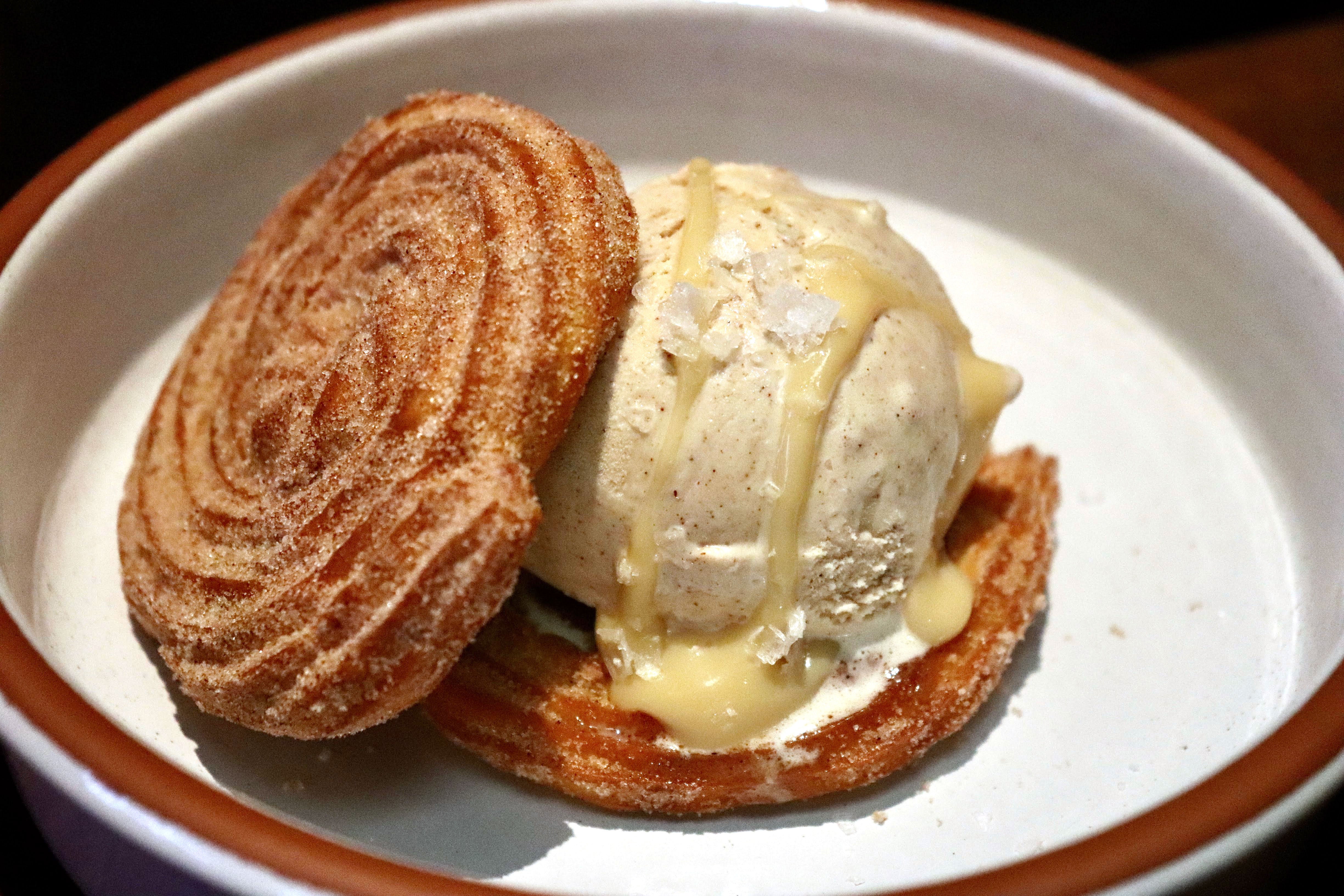 Another win was the “Salted Churro Ice Cream Sandwich Dulce De Leche” dessert ($12). Despite its name, the dish turned out to be a scoop of cinnamon ice cream between two round cinnamon sugar-dusted churros and drizzled with caramel sauce. Although it was not salty — this was probably for the best — it was a clever way to play with churros that are made in-house daily.

Be forewarned: Even amid these highlights, the food and drinks here are largely flawed, as evidenced by the cocktail program. The drink menu boasts nine varieties of margarita ($14–$15), along with five “Mexican Craft Cocktails” ($15–$16), three “Specialty Cocktails” ($12–$15), and six tequila flights ($34–$110, for the “Off Da Hook!”). I opted for an Agave margarita (Cazadores Blanco tequila, lime, and agave nectar; $14) and, once I fought my way through the caked-on salt rim, found it to be overwhelmingly sweet. I took no bite of food after which a sip of the Agave was precisely what I was hoping for. The Caliente ($15), a blend of Avión Silver, muddled jalapeños, cilantro, and “fresh citrus juices,” was pleasantly spicy, but the garnishes suffered from a similar lack of attention to detail: The full cilantro leaves sank into an unappealing mass, and the spiralized jalapeño had not been seeded. Neither drink tasted indisputably of tequila, a disappointment given the name of the Cocina from which I had ordered them.

The pineapple serrano salsa ($9), with mango and red onion, was small but packed a sweet punch, and came with a significant portion of chili-dusted tortilla chips. The menu offers five salsas ($8–$10) and four guacamoles ($12–$16), which are each served with their own large chips basket of chips, which adds up to a lot of chips quite quickly. The esquites ($6), an unpalatably salty take on Mexican chipotle-lime street corn, also contained chip fragments mixed in, as well as quickly wilting shredded lettuce underneath — both startling and wholly unnecessary textural experiences that were not listed on the menu. 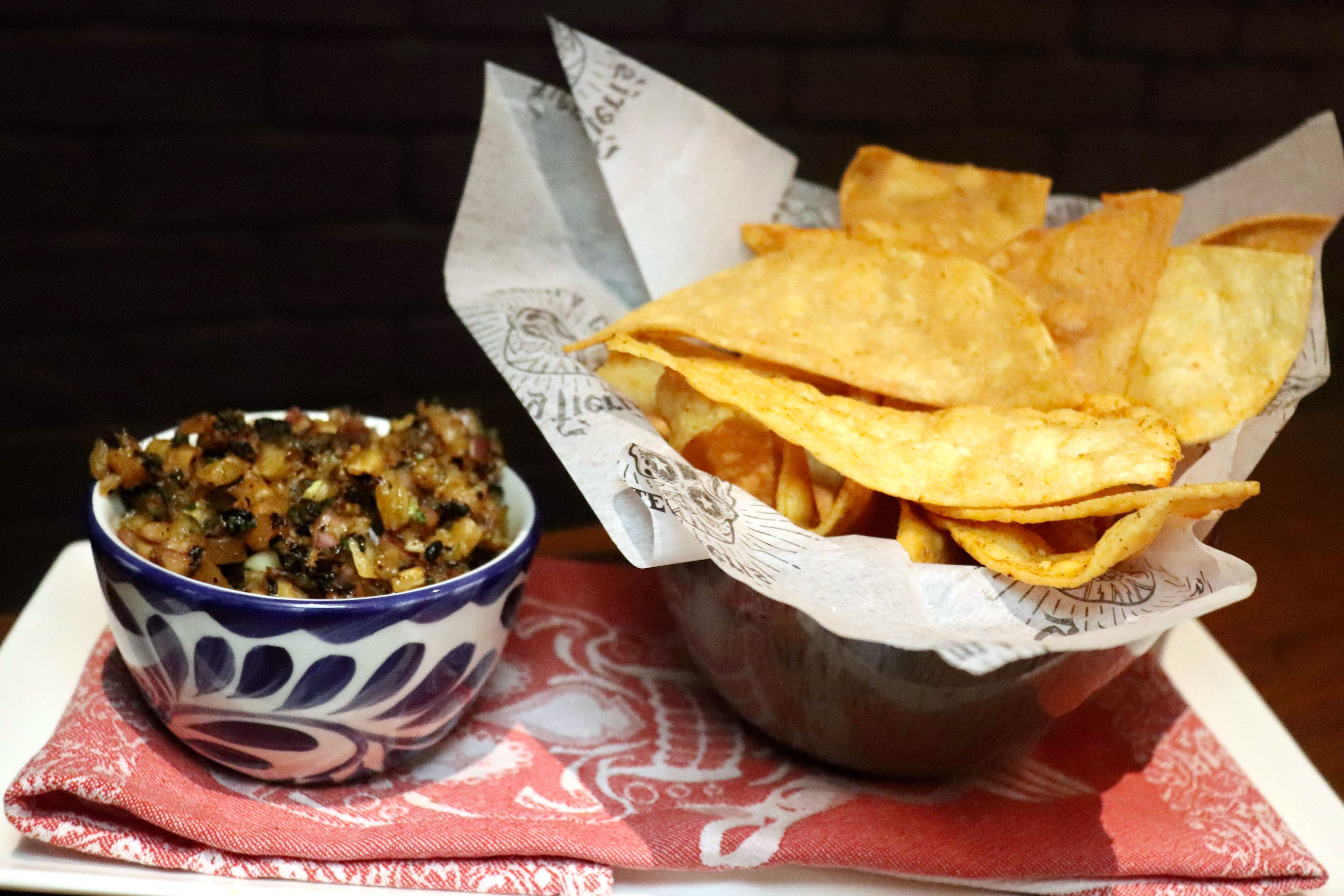 Which brings me to the Trash Can Nachos ($18), the pride of Flavortown and a repeated menu item at several of Guy Fieri’s establishments. The server removed a metal can at the table to reveal, essentially, a tall chimney of chips topped with a mediocre portion of classic fixings like tomatoes, beans, and cilantro. Theoretically, these nachos are bonded together by “SMC,” a bit of Flavortown parlance that isn’t spelled out on the menu but that I can reveal stands for “super melty cheese.” The SMC made itself known in that certain chips were somewhat softer than certain other ones, and that the mighty chip tower stayed firmly adhered to the plate. Other than that, I cannot say with any degree of certainty that I consumed a cheesy dish, merely a nearly-$20 side of chips. 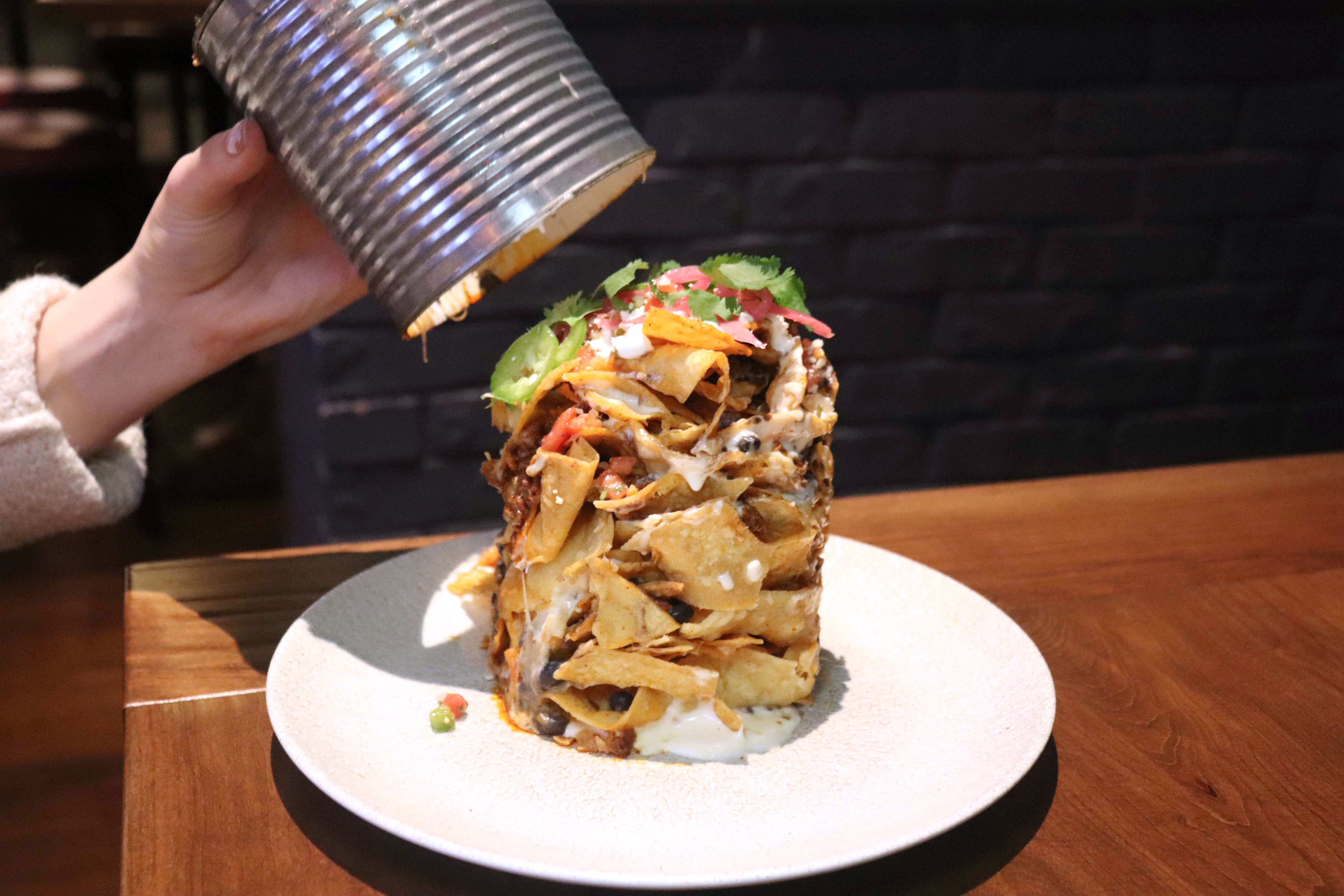 After spending $95 on dinner and drinks, I felt an inescapable sense of disappointment — disappointment at the quality-to-price ratio; disappointment that Guy Fieri’s own restaurant did not strike me as the kind of joint he’d praise on “Diners, Drive-Ins and Dives”; disappointment that Big Night Entertainment Group did not instead choose to highlight and elevate local Latin American chefs. At Guy Fieri’s Tequila Cocina, I did not board an express train to Flavortown. I caught a glimpse of it out the window, and waved longingly as I zoomed on past. 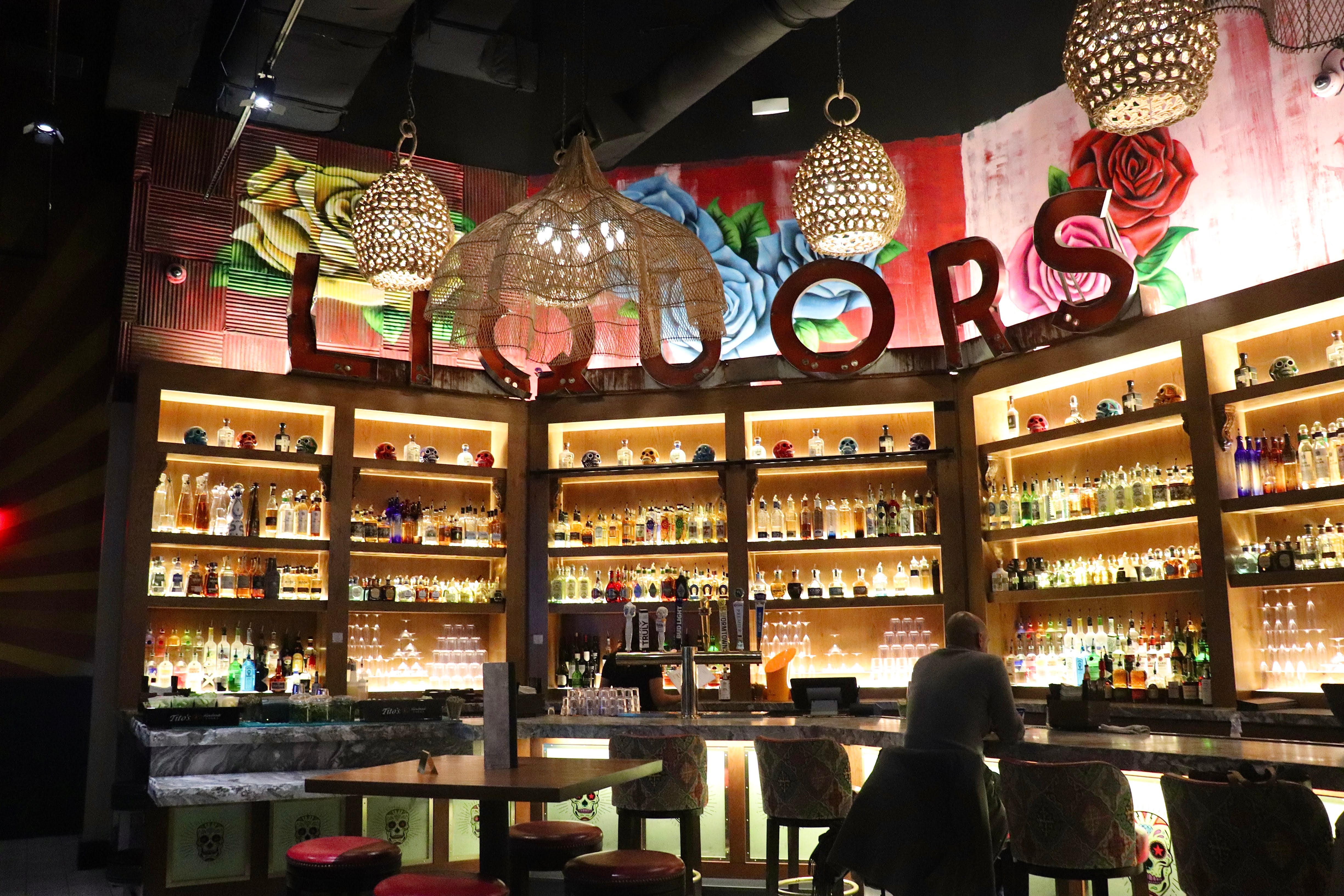 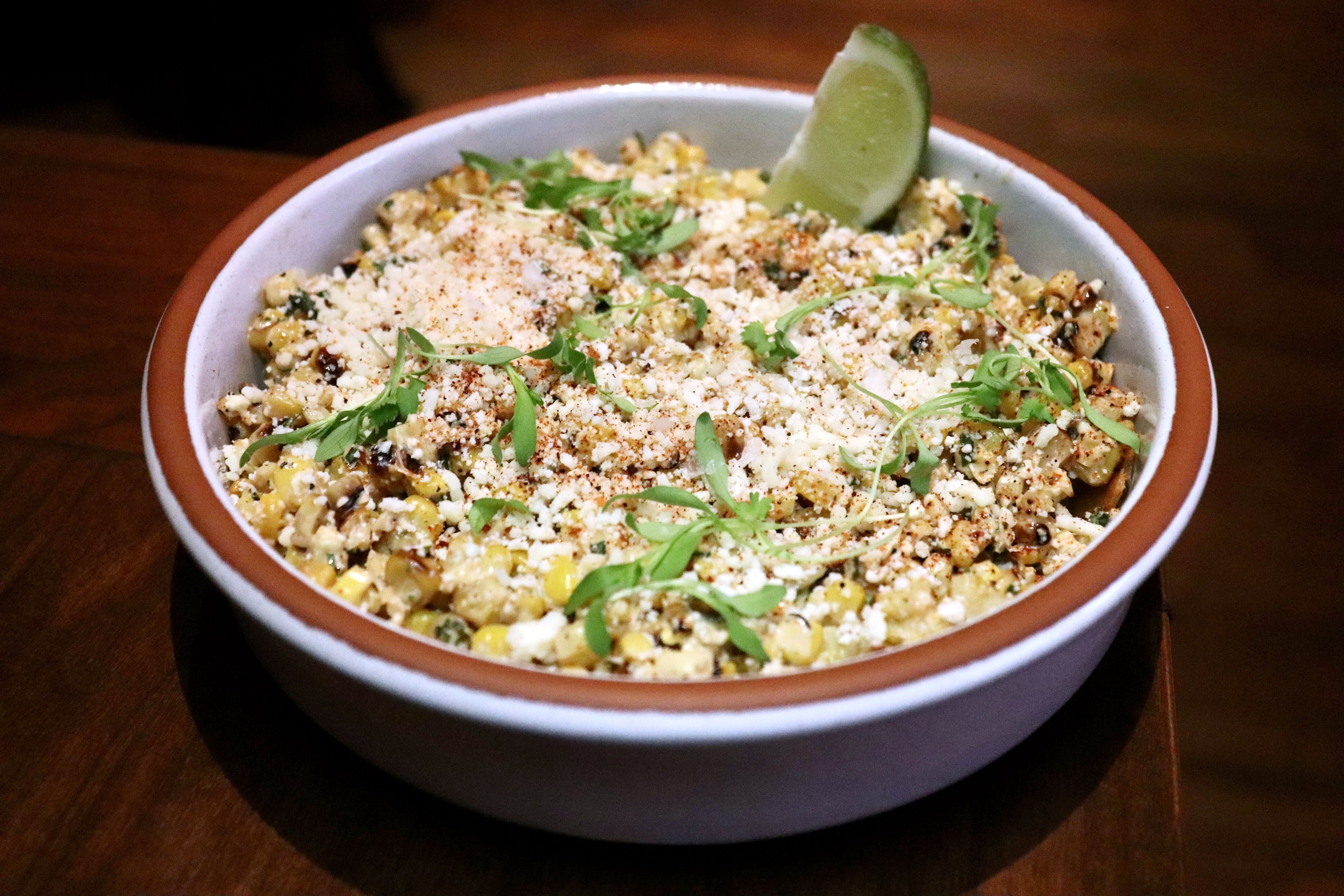 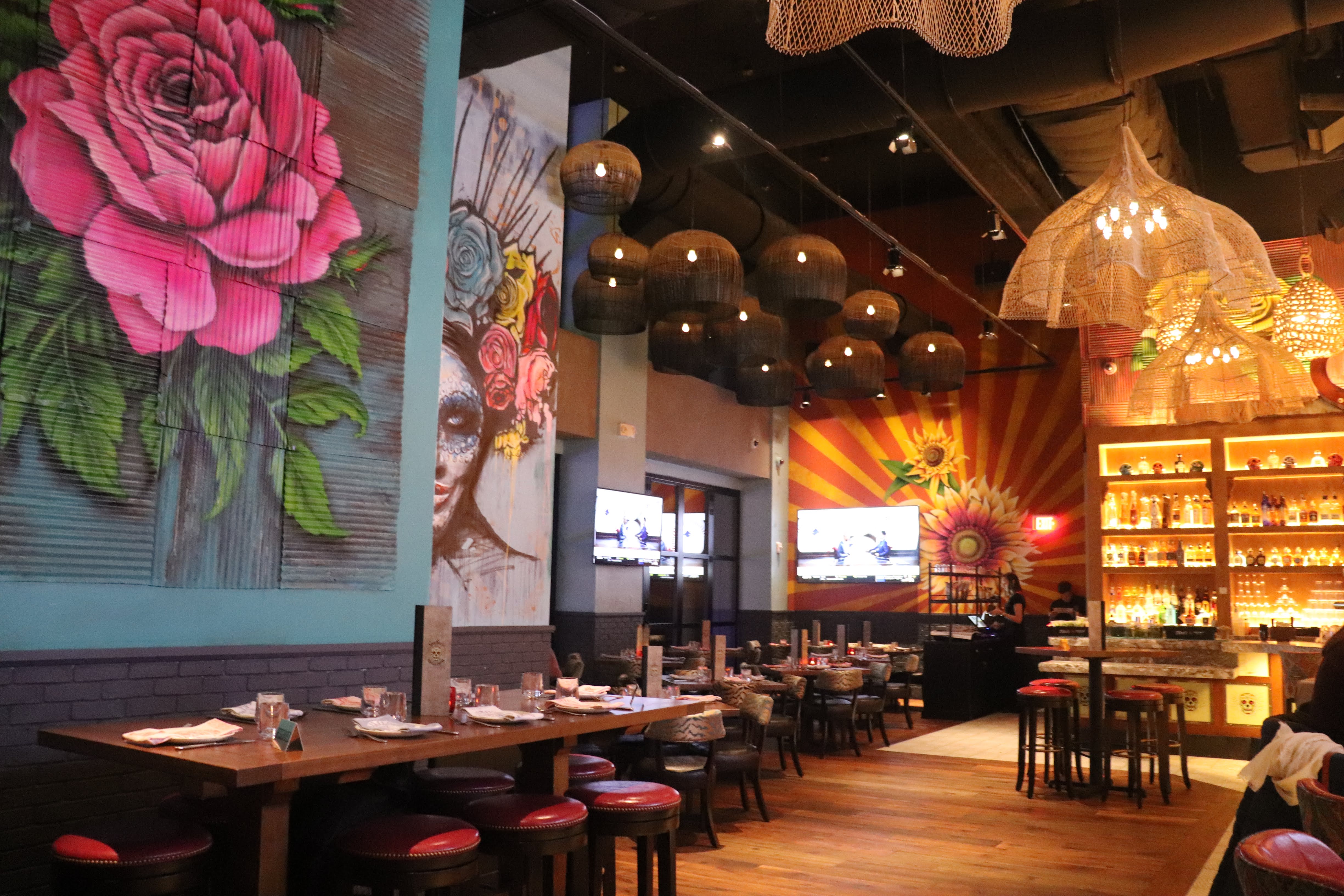 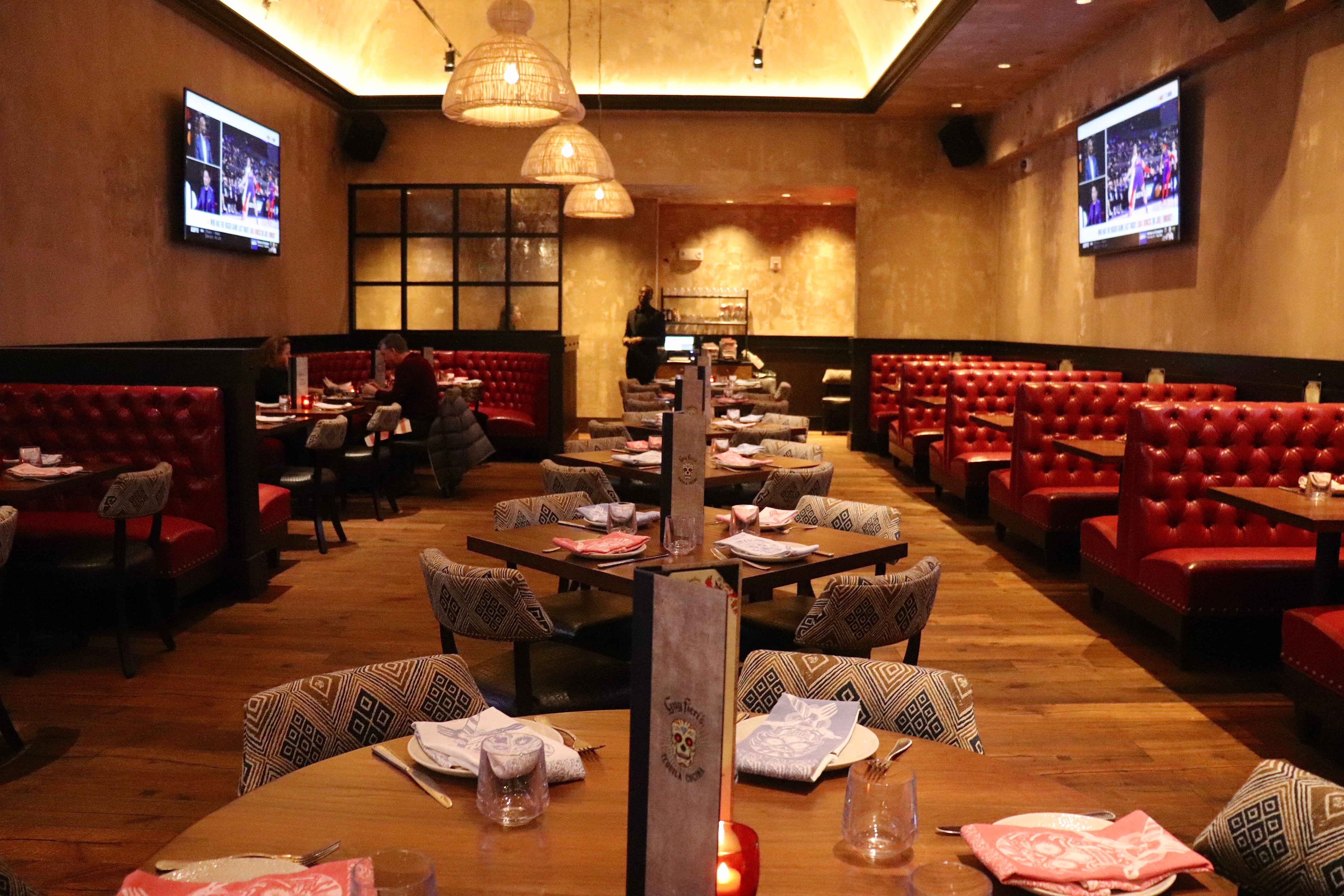 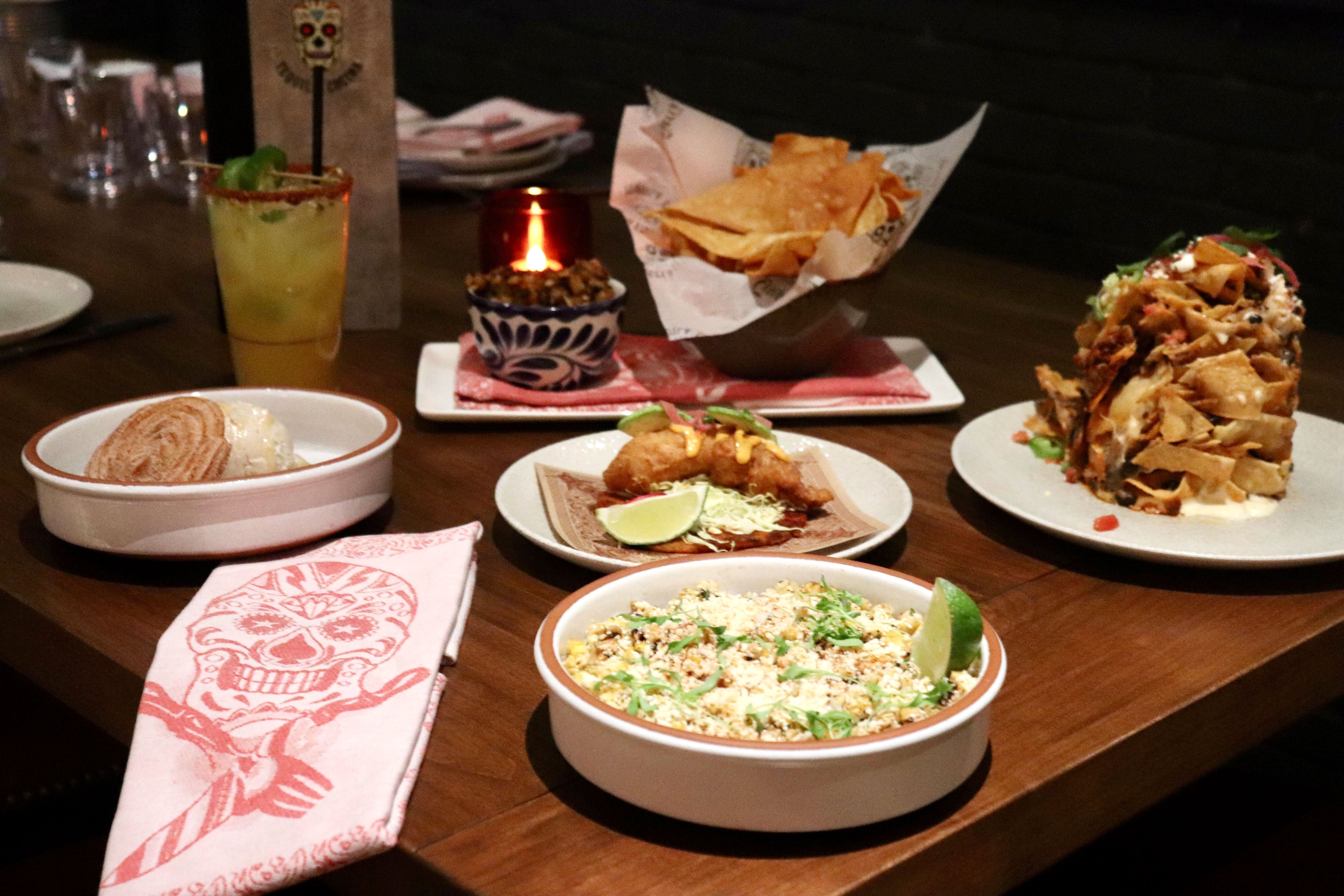 Jared Kaufman is a writer, food researcher, and occasional cheesemonger who exists online at jaredkaufman.com and tweets @jaredography.

'I got to do better': Jaylen Brown focuses on turnovers instead of 40-point performance