In a night full of emotional speeches and memorable moments, the 2022 Oscars may ultimately be most remembered for a seemingly unscripted confrontation between presenter Chris Rock and actor Will Smith.

Rock, who was on stage to present the award for Best Documentary, began with a joke about Javier Bardem and wife Penelope Cruz, who were nominated for Best Actor and Best Actress, respectively.

Rock then made a crack about the haircut of Smith’s wife, Jada Pinkett Smith, comparing it to the buzz cut Demi Moore sported in the 1997 movie “G.I. Jane.”

Pinkett Smith has been open about her struggle with the hair-loss condition alopecia in the past.

At that point, Smith, who was seated near the stage with Pinkett Smith, walked on stage and hit Rock.

The American broadcast of the Oscars cut audio from the immediate aftermath of the confrontation, but audio aired in other countries like Japan and Australia showed that Smith twice told Rock to “keep my wife’s name out of your f****** mouth.”

“Will Smith just smacked the s*** out of me,” a stunned Rock said.

Rock then attempted to regain his composure.

“That was… greatest night in the history of television,” Rock finished, still seemingly stunned.

After Rock walked off stage, the next presenter, Sean “Diddy” Combs, attempted to broker a peace between Rock and Smith.

“Will and Chris, we’re gonna solve that like family at the Gold Party,” Combs said. “But right now we’re moving on with love.”

The moment was highlighted again when Smith won the Best Actor Oscar for his role in “King Richard.”

Smith tearfully addressed the incident with Rock in his speech, drawing a parallel between his actions and his portrayal of Richard Williams, the father of tennis stars Venus and Serena Williams.

“Richard Williams was a fierce defender of his family,” Smith said. “In this time in my life, and this moment, I am overwhelmed by what God is calling on me to do and be in this world.”

Smith thanked the Williams family and his co-stars, then noted something that fellow nominee Denzel Washington told him a few minutes before the award was announced.

“In this business, you gotta be able to have people disrespecting you, and you gotta smile and say that’s OK,” Smith said. “Denzel said a few minutes ago, at your highest moment, that’s when the Devil comes for you.”

Smith finished his speech by apologizing to the Academy, and hoping that he would be welcomed back to the Oscars in the future.

“Art imitates life,” Smith said. “I look like the crazy father, just like they said about Richard Williams. Love will make you do crazy things.” 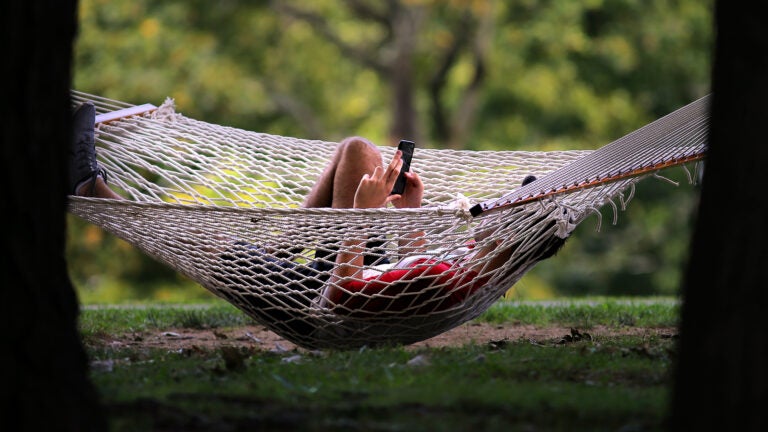 Here’s what to expect from Tuesday’s weather forecast