Netflix can’t get enough of Boston.

Starting in June, the streaming giant will team with MRC Film (“Knives Out”) to begin filming “The Mothership,” a sci-fi drama movie starring Halle Berry, in the Boston area, according to a source familiar with the production.

According to a plot synopsis released by Netflix, the film centers around Sara Morse (Berry), a woman whose husband mysteriously vanished from their rural farm. When Sara discovers a strange extraterrestrial object underneath their home, she and her kids embark on an adventure to discover the truth about her missing husband and life beyond Earth.

First announced back in February, “The Mothership” has now entered pre-production and is tentatively scheduled to begin production in the Boston area in mid-June and run through mid-August, according to the source.

“The Mothership” will mark the directing debut of “Bridge of Spies” screenwriter Matt Charman, and will be co-executive produced by Berry, who recently made her own directorial debut with the upcoming Netflix movie “Bruised.”

News of “The Mothership” production coming to Massachusetts is the latest sign that Netflix is keeping the Boston film industry busy. In the last few years, the streaming giant has filmed the star-studded satire “Don’t Look Up,” the Adam Sandler comedy “Hubie Halloween,” the family action comedy “The Sleepover,” the Mark Wahlberg action comedy “Spenser Confidential,” the teen drama series “The Society,” the action film “Wheelman,” the docuseries “Trial 4,” and scenes from season two of the Spike Lee series “She’s Gotta Have It.”

The company also purchased distribution rights for a pair of movies filmed in Massachusetts with the black comedy “I Care A Lot” (which is currently streaming) and the Kevin Hart family drama “Fatherhood,” which will hit Netflix ahead of Father’s Day weekend on June 18, 2021.

Most recently, Netflix released “This Is a Robbery: The World’s Biggest Art Heist,” a docuseries about the Isabella Stewart Gardner Museum theft that hit the streaming platform on Wednesday. 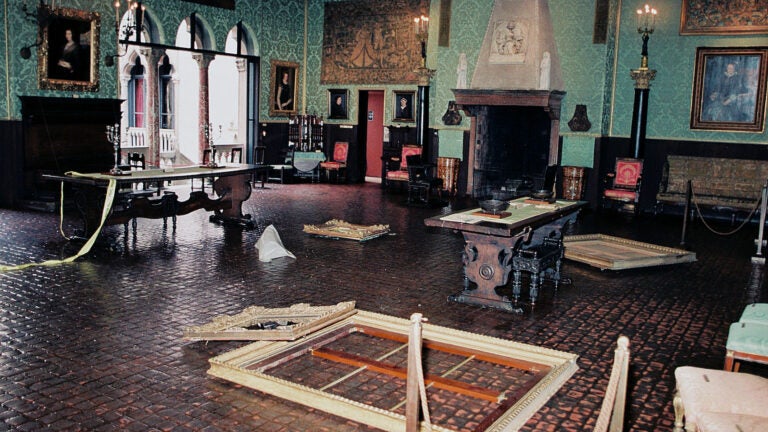