It was surprising to see Yale colors flying in Cambridge this week.

The signage was part of filming for “The Tender Bar,” the new film directed by George Clooney that has been filming in the Boston area since late February. 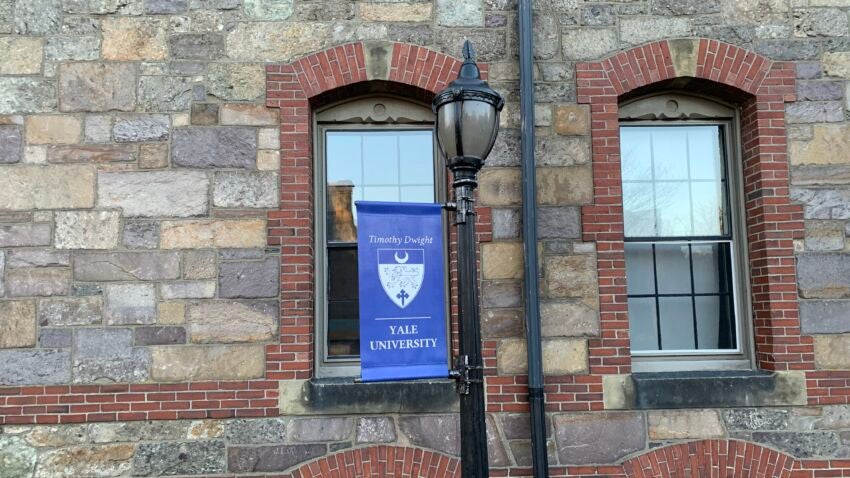 A sign for Yale University at Lesley University in Cambridge, used for filming “The Tender Bar.”

Lesley University — not Harvard — served as the film set Wednesday and Thursday. The college’s Brattle campus had crew members setting up shots in the center of its building cluster, with a staging area for extras set up in the school’s Washburn Commons, and a catering area was set up behind the historic Oliver Hastings House.

“The Tender Bar” is based on the memoir of the same name by author J.R. Moehringer, a Yale graduate. To match Moehringer’s time at Yale in the early 1980s, several retro cars were also put into use by crews. 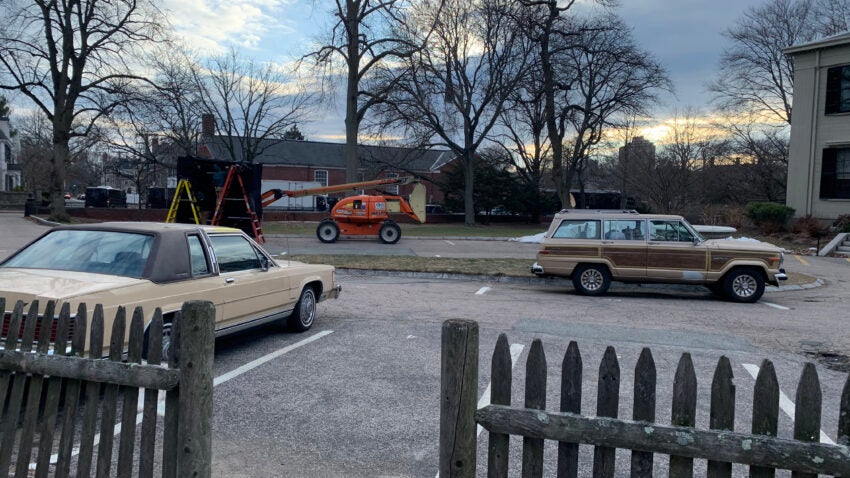 “The Tender Bar” tells the story of Moehringer’s childhood living on Long Island without a father, a New York disc jockey who disappeared before J.R. could speak. Seeking a replacement father figure, Moehringer begins spending time at a bar owned by his uncle, where the regulars welcome him as one of their own.

According to multiple reports, “The Tender Bar” will star Tye Sheridan (“Ready Player One”) as J.R., Ben Affleck as his uncle Charlie, Lily Rabe (“Vice”) as J.R.’s mother, and Christopher Lloyd (“Back to the Future”) as his grandfather.

Prior to Monday’s filming, “The Tender Bar” has filmed in Watertown and Lowell, and is expected to visit other towns on the North Shore, including Ipswich, before wrapping production in mid-April, according to a source familiar with the production.

Visit How much does Kevin Durant want to join the Celtics?

Visit A man’s credit card wasn’t working at a gas station. He beat up the mother and daughter clerks, police say. 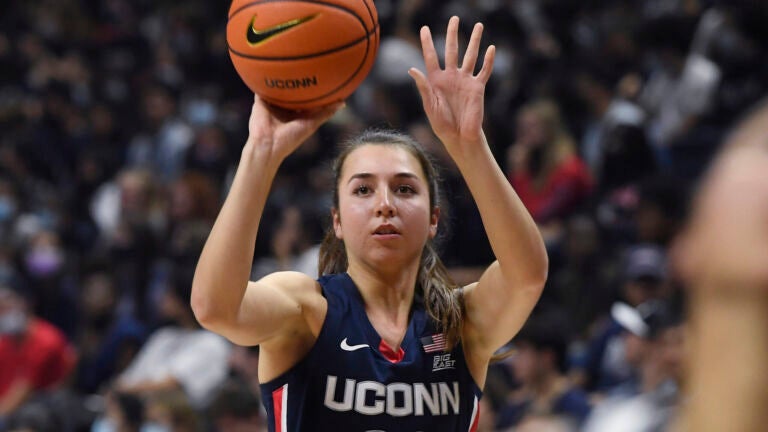