Ben Affleck has reportedly answered the call of the Bat Signal once more.

According to Vanity Fair, Affleck will reprise his role as the Caped Crusader in “The Flash,” the upcoming 2022 superhero movie starring Ezra Miller (“The Perks of Being a Wallflower”) as lightning-quick superhero Barry Allen.

Affleck reportedly received a script for “The Flash” last week, and agreed to the role this week.

The film will be directed by Andy Muschietti (“It”), who told Vanity Fair that Affleck’s Bruce Wayne will be “a very substantial part of the emotional impact of the movie.”

“The interaction and relationship between Barry and Affleck’s Wayne will bring an emotional level that we haven’t seen before,” Muschietti said. “It’s Barry’s movie, it’s Barry’s story, but their characters are more related than we think. They both lost their mothers to murder, and that’s one of the emotional vessels of the movie. That’s where the Affleck Batman kicks in.”

Affleck was first cast as Batman in 2013, and appeared in “Batman v Superman: Dawn of Justice,” “Suicide Squad,” and “Justice League.” He was supposed to direct and star in a standalone Batman title called “The Batman,” but eventually left the project during a difficult period in his personal life marked by struggles with alcoholism and marriage troubles with his now ex-wife, Jennifer Garner.

“I showed somebody ‘The Batman’ script,” Affleck told the New York Times in a February interview. “They said, ‘I think the script is good. I also think you’ll drink yourself to death if you go through what you just went through again.’”

“The Batman” is now being directed by Matt Reeves (“Cloverfield”) with “Twilight” star Robert Pattinson playing the Caped Crusader.

Affleck won’t be the only Batman making an appearance. According to Vanity Fair, Michael Keaton, who played Wayne in 1989’s “Batman” and 1992’s “Batman Returns,” will also make an appearance as a Batman from a different universe as part of a multiverse plot that will allow all of the DC Comics movies produced by Warner Bros. to coexist.

“The Flash” producer Barbara Muschietti (sister of director Andy) told Vanity Fair that she was worried Affleck wouldn’t want to play Batman again given the bad memories associated with that period of his life, but was glad he accepted the role.

“We are all human and go through great times in our lives and terrible times in our lives,” Muschietti said. “Right now he’s in a place where he can actually enjoy being Batman.” Plus, he doesn’t have to carry the entire movie. “It’s a pivotal role, but at the same time it’s a fun part.”

Though the coronavirus pandemic has thrown most movie release dates into flux, “The Flash” is tentatively set to hit theaters June 3, 2022. 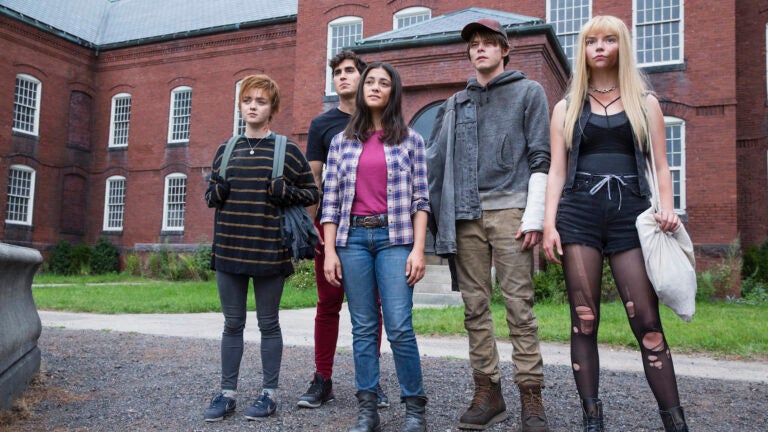 The story of ‘The New Mutants,’ the ‘cursed’ Marvel movie filmed in Mass.